Ram Gopal Varma is once again in news for his irrelevant, silly and provoking tweets about none other than Tiger Shroff. RGV must have thought that his tweets are funny, but the filmmaker was absolutely wrong like always. It was Tiger Shroff’s birthday last week and RGV took to Twitter late at night to wish the actor.

And in a series of tweets, the filmmaker took a jibe at Tiger Shroff by posting a picture of him coming out of the sea in just a pair of jeans. RGV called him a ‘bikini babe’ and said that he admires his martial arts skills, but the actor needs to learn some machoism from his father Jackie Shroff.

After posting a series of offensive tweets, the filmmaker clarified that all his tweets on Tiger Shroff are only as Jackie’s fan and should not be taken otherwise. RGV also apologised to Tiger Shroff and said that he is a great fan of martial arts and only want to see Tiger in a more intense way. 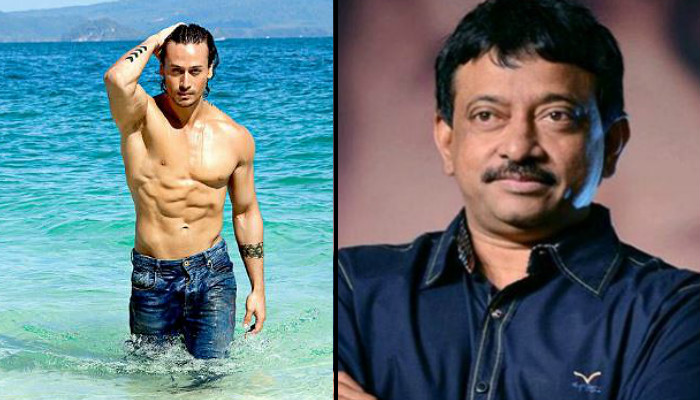 But it seems like his tweets didn’t go well with Tiger’s sister Krishna and mother Ayesha Shroff. In an interview with DNA,  both of them slammed the filmmaker and said that Tiger doesn’t need to prove anything.

His mother Ayesha said that she was taken aback at the nastiness of RGV’s rant. She also added: What triggered it off? We have nothing to say about Ramu. But I would like to add this — I don’t understand why we still loosely use these outdated terms like ‘gay’ for defining somebody’s style.

While sister Krishna said the Tiger’s birthday was a positive and happy day for the whole family and wasting time on such irrelevant statements and negativity is just pointless.

Well, Tiger surely is lucky to have such a strong support system.