Seeing Shah Rukh Khan and Aamir Khan together in a picture is a rare sight to behold and especially when it is a selfie of the two superstars. Recently, both Aamir and Shah Rukh were in Dubai to celebrate entrepreneur Ajay Bijli’s 50th birthday bash and the two had a gala time.

You must be wondering what is so special about this picture, as we already have seen many photos of them together. But the catch is, this is for the first time that the actors have clicked a selfie. Yes, that’s true!

Aamir and Shah Rukh have known each other for over 25 years now and this is the first ever selfie that the two have clicked at the party.

While rumours have it that Aamir and SRK are not very good friends, as Mr.Perfectionist share a close bond with Salman Khan. But this picture of the two says a completely different story.

Both can be seen sporting white attires and were looking amazing like always. SRK also took to his Twitter account and posted the picture with a heartwarming caption which says: Known each other for 25 years and this is the first picture we have taken together of ourselves. Was a fun night. 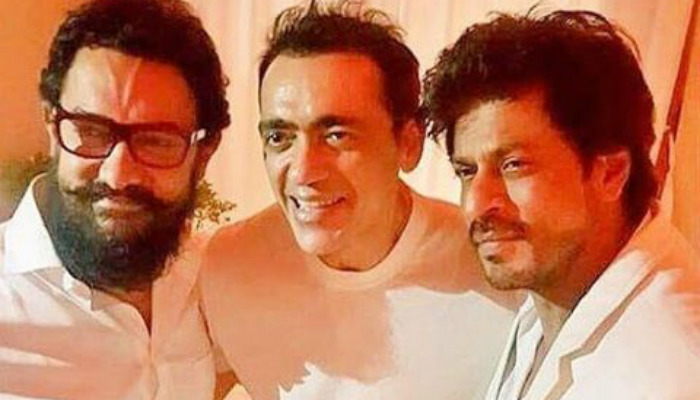 Well, what more can you ask for! On the work front, Aamir will next be seen in Thugs Of Hindostan for which he is growing his beard and can be spotted in the same look everywhere. Shah Rukh is busy with two of his upcoming projects, one with Aanand L Rai and the other with Imtiaz Ali opposite Anushka Sharma.

Have a look at the picture that SRK shared:

Known each other for 25 years and this is the first picture we have taken together of ourselves. Was a fun night. pic.twitter.com/7aYKOFll1a