Actor Nawazuddin Siddiqui has never shied away from experimenting new and different looks for his movies. Be its Manjhi: The Mountain Man or Raman Raghav 2.0, he has always treated his fans and followers with his never seen before avatar. Nawazuddin will be next seen in Sridevi’s upcoming film MOM, and he has surprised his fans with his look yet again. After dropping a hint for Nawazuddin’s character with his latest viral picture, the makers have now finally unveiled the poster of Sridevi starrer.

Sharing the poster on his social media platform, the Raees actor wrote: Things may not be what they seem. #LooksCanBeDeceptive @MOMTheMovie @SrideviBKapoor @ZeeStudios_

Going by the picture, we must say he looks totally unrecognizable. The posters feature him as an old-age man. Dressed in a white shirt and a Nehru jacket, Nawazuddin’s looks totally intense. For the upcoming drama, he went bald for his character.

Earlier talking about his look, Nawazuddin said that the makers worked on the look for 15 days before finalising it and even revealed that the entire makeup process took almost three hours. 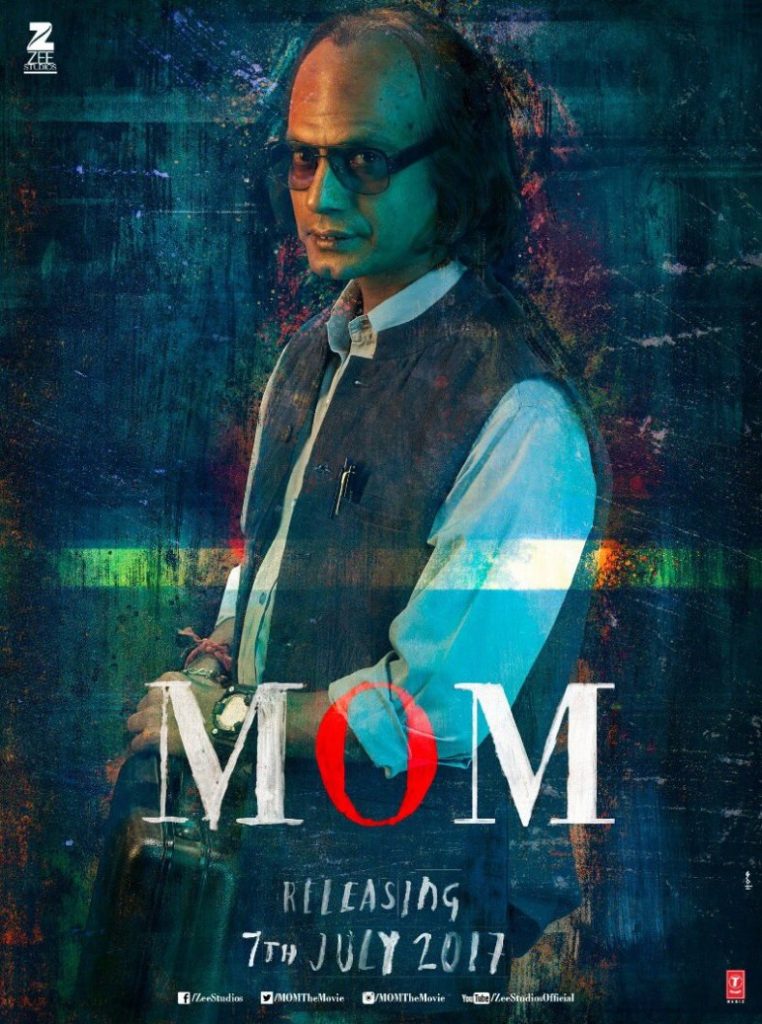 Also starring Sridevi, the film marks the return of the actress on silver screen after a gap of five years, the previous venture being Gauri Shinde’s English Vinglish.

Directed by Ravi Udyawar, MOM is produced by Boney Kapoor. It will release in Hindi, Tamil, and Telugu in July this year. The film also features Pakistani actors Sajal Ali and Adnan Siddiqui in important roles.

On the work front, Nawazuddin has films like Babumoshai Bandookbaaz and Munna Michael in his kitty. Munna Michael features him alongside Tiger Shroff. He will also be seen matching footsteps with the Baaghi star. The film has been directed by Sabbir Khan.