Salman Khan has lent his voice to many Bollywood songs that went on to become chartbusters, including hit numbers like Hangover and Main Hoon Hero Tera. The superstar has now made his Marathi debut with Mahesh Manjrekar’s FU and recorded his first Marathi song in just 45 minutes.

It is being said that the song was earlier recorded by music composer Vishal Mehra, who has composed 16 songs for the film. In an interview with a leading daily, Vishal said, ”Salman Khan had heard the song so many times that he picked it up quickly. His voice had more energy than mine.”

While he agreed of using auto-tune to enhance the song, Vishal also revealed that when Mahesh Majrekar first heard the song, he was not very happy and asked to re-record it. And when Vishal approached Salman for the same, the actor immediately agreed and recorded the song once again for close friend Mahesh Manjrekar’s film.

In fact, the announcement of the film was made by Salman Khan on his social media account. The actor shared the first look poster of FU with caption: ”Sairat throb #AakashThosar is back with @manjrekarmahesh’s #FU”. Have a look: 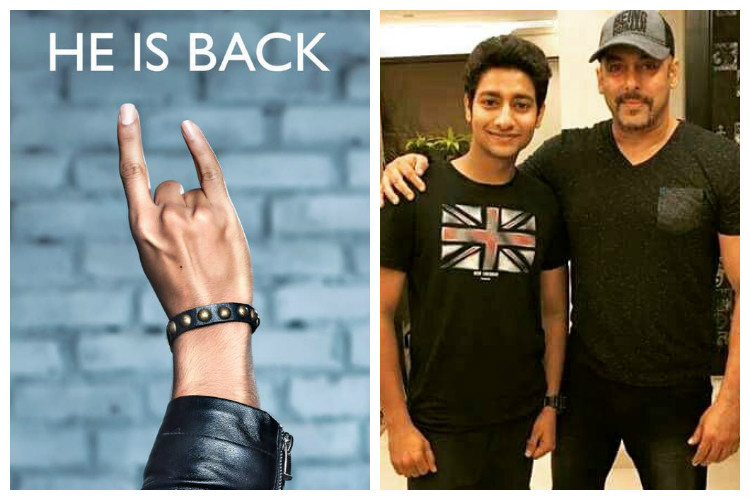 On the work front, Salman is all geared up for the release of his film Tubelight on June 23 this year. The film also marks the Bollywood debut of Chinese actress Zhu Zhu. Apart from this, the actor is busy shooting for Ali Abbas Zafar’s Tiger Zinda Hai, in which he will be seen sharing screen space with ex-flame Katrina Kaif.

Well, now that the Salman has sung his first Marathi song, it won’t be wrong to say that it is going to be a hit, just like his other numbers and we just can’t wait any longer to listen to the song.