A collective of filmmakers has appealed to the public to ‘vote out BJP from power’. Including names like Vetrimaaran, Anand Patwardhan, Gurvinder Singh, Devashish Makhija, Q and Sanal Kumar Sasisdharan, this collective put up a statement on the Artist Unite India website. The statement noted that “fascism threatens to strike us hard with all its might if we don’t choose wisely in the coming Lok Sabha election.”

The statement claims minority groups and Dalits had been further marginalised through a coordinated ‘hate campaign’ using the Internet and social media. According to the statement, while the farmers have been completely forgotten, the establishment has continuously worked towards showcasing disastrous economic policies like successes with the help of false propaganda and marketing blitz. The statement has more than a hundred signatories. 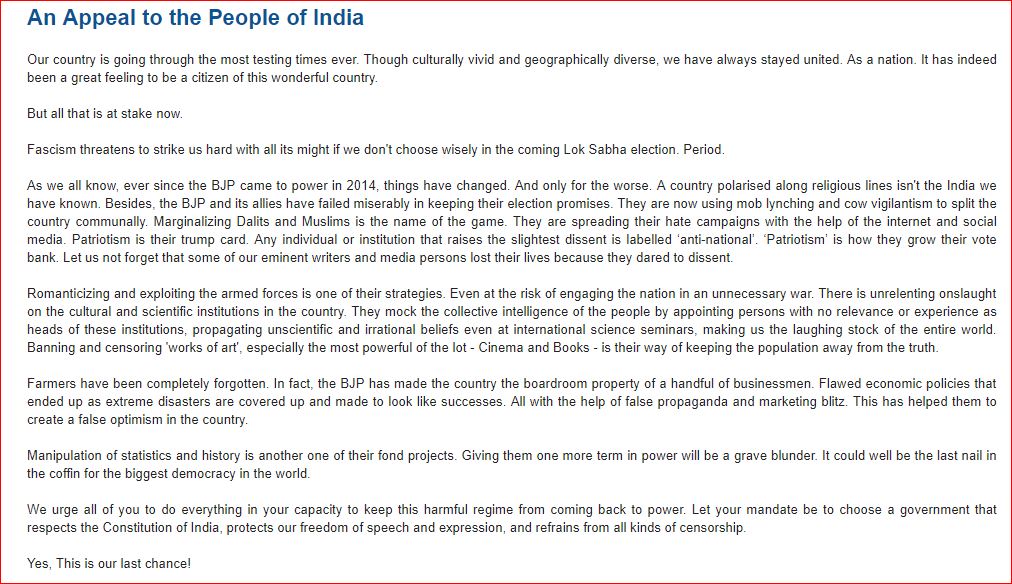 This statement cones after a string of Bollywood films like Uri – The Surgical Strike, The Accidental PM and Manikarnika, that were opined by many to be playing into the ‘BJP narrative’.

It’s also important to note that this statement comes a week before the release of the Vivek Oberoi-starrer PM Narendra Modi.