He was the first original superstar of the industry and it’s his 74th birth anniversary today. Actor Rajesh Khanna set an era of films that made Hindi cinema reach its glossy level. His work and contribution towards films introduced the countrymen to words like superstardom and superhits. Rajesh Khanna gave back-to-back 15 solo hits at the Box Office, which is still a record. In his career span of 46 years in the industry, the superstar did more than 160 films. A few if his most remembered on screen performances came opposite actress Sharmila Tagore. Aradhana, Amar Prem, Raja Rani, Daag, Maalik and Tyaag are just a few names among many others where Kaka was featured with the dimpled beauty on screen.

It is said that even his initial days in the industry had him struggling the way no other actor did. The insiders say that the actors used to arrive in a car for auditions and other meetings that even directors and producers could not afford at that time. Rajesh Khanna was one actor who was completely aware of his superstardom. He had always maintained that stance of being a superstar all his life. Even when the industry shifted its mood and it is said that the rise of Amitabh Bachchan led to Rajesh Khanna’s fall, Kaka remained the apple of his fans’ eye. Having such a loyal fan-following was never and is still not in the fate of any rising superstar.

From his entry into the film industry to the time when he bid adieu to the world, Rajesh Khanna was full of inspiration. Apart from his signature style of dancing, one thing that Kaka always embedded in his work was that thrust to inspire people. Most of his film dialogues convey a message and he wanted his work of cinema to push his fans to do better and better in life. Check out these few life-inspiring dialogues of Rajesh Khanna. 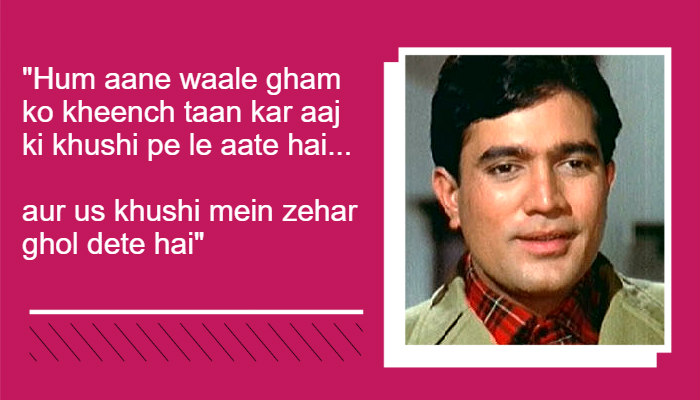 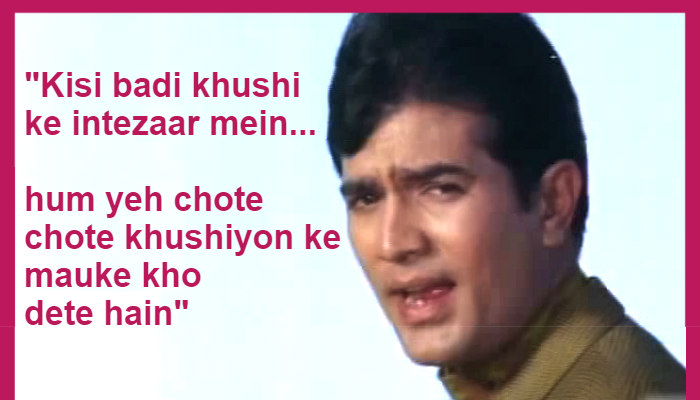 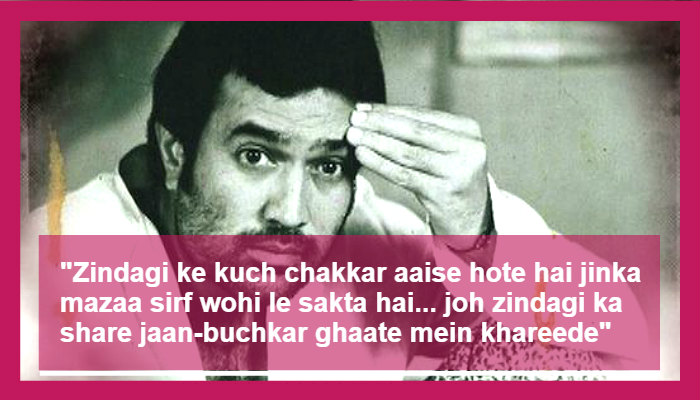 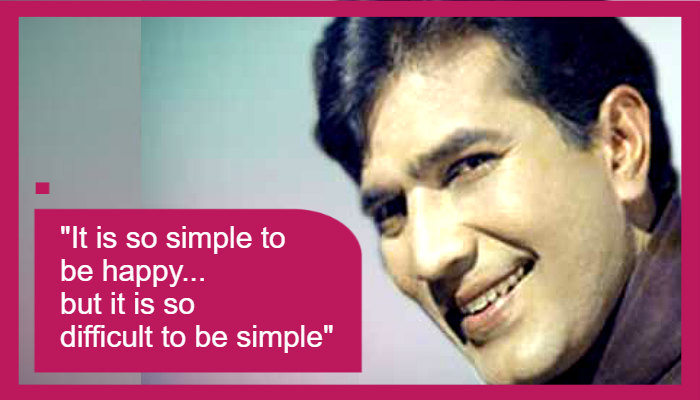 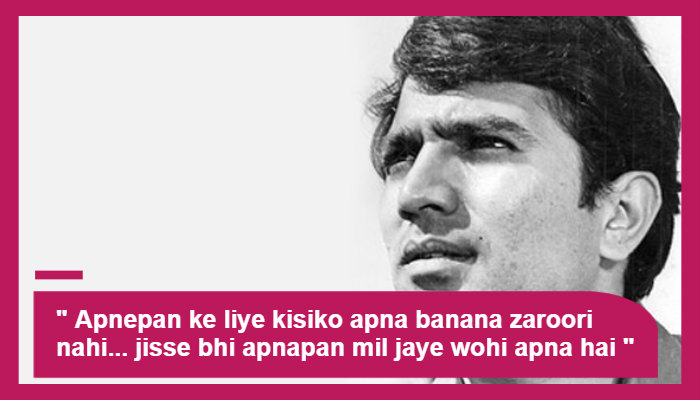 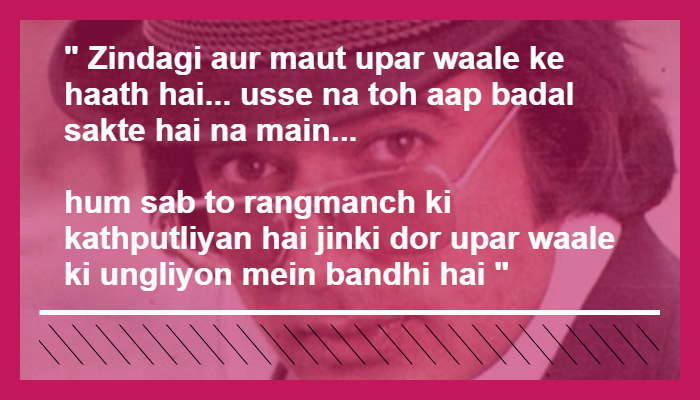 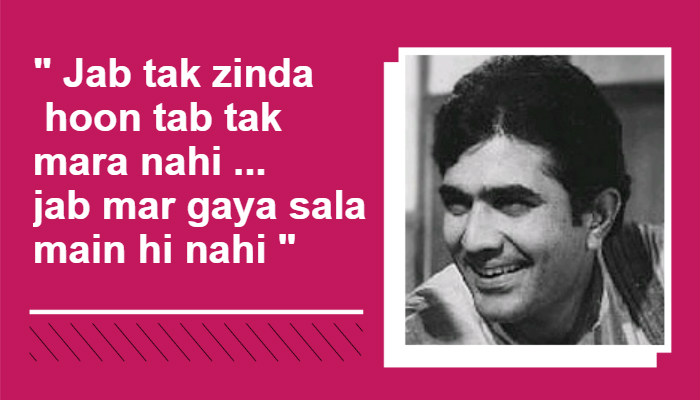 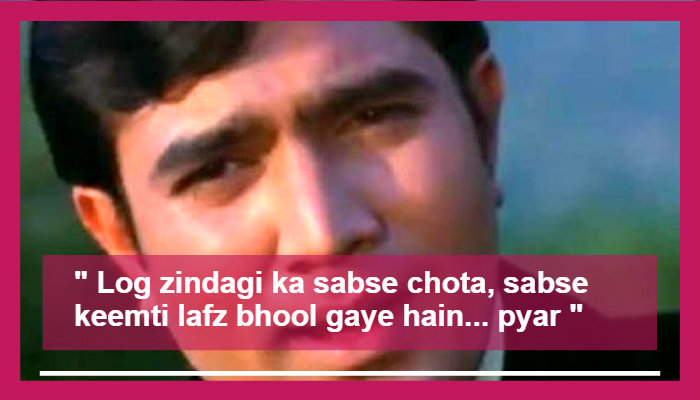 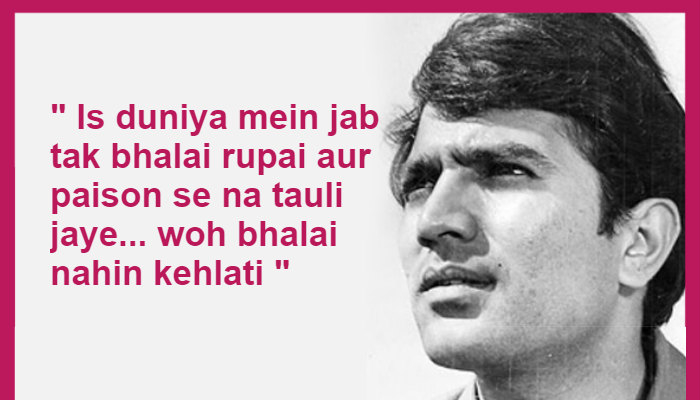 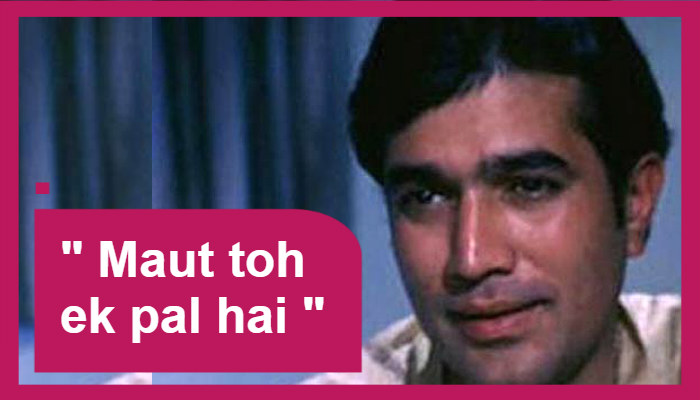 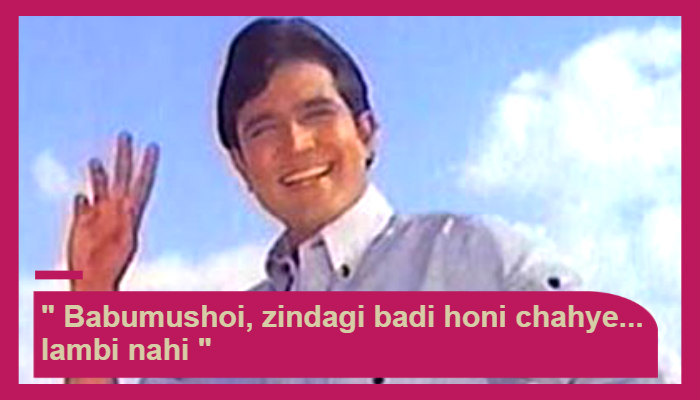 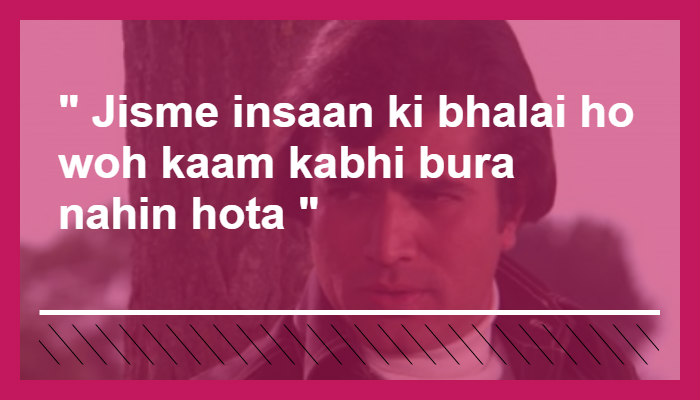 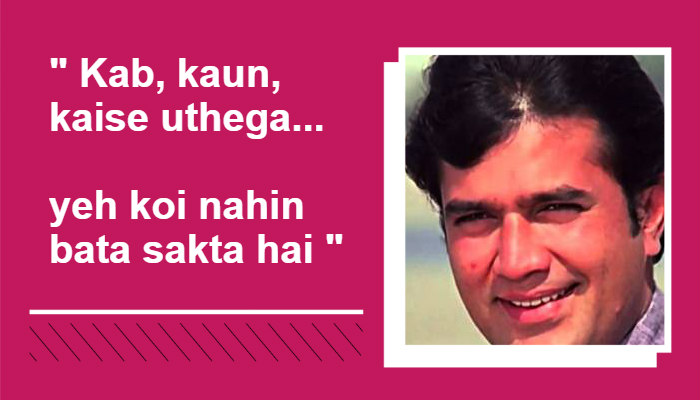