No other superstar in Bollywood enjoys as passionate a fan following as Salman Khan. The 51-year-old actor needs no elaborate mention about his stardom that even transpires across India’s borders. Since his debut in Biwi Ho To Aisi, Salman has gone onto garner success both as an actor as well as a television host. As of now, he is gearing up to host the 11th season of reality TV show Bigg Boss 11, that airs from September.

“Khushnaseeb wo hote hain jinki family hoti hai.” It was Salman’s dialogue in Sooraj Barjatya’s 2015 release Prem Ratan Dhan Payo. In real life, the Dabangg actor boasts of a family which is respected by the film fraternity and fans alike. Be his father Salim Khan, or brothers Arbaaz Khan and Sohail Khan, the Khan clan is rooted in the filmmaking business.

Here are 7 interesting facts about the illustrious Khan family that you need to know. 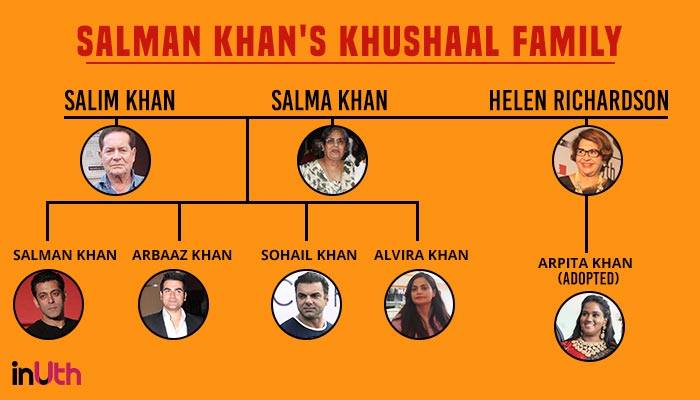 His father Salim Khan teamed up with Javed Akhtar and the duo gave a slew of successful films like Andaaz, Zanjeer, Sholay, Deewar, Don, Trishul among others. The Salim-Javed partnership ended in 1982 after collabroating on 24 films. Before he retired due to health issues, Salim Khan wrote scripts for many other films. Interestingly, he also wrote Patthar Ke Phool that featured his son Salman Khan in the lead role. His other films post-split include Naam, Kabzaa, Aa Gale Lag Jaa and Jurm to name a few.

Salim Khan married Sushila Charak in 1964, who changed her name to Salma after marriage. Later, the veteran writer married actress Helen Richardson in 1981. Both his wives stay under the same roof and share an emotional bond with their children. Salim Khan’s father was a police officer and had risen to the rank of DIG-Indore, the highest rank attained by an Indian policeman in those days. 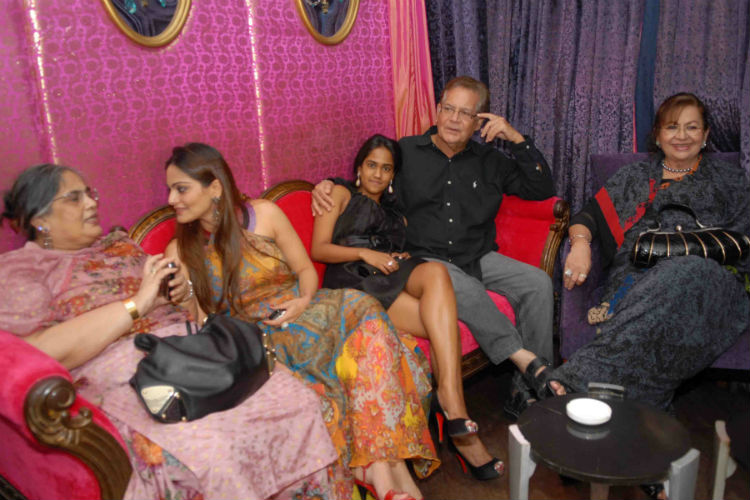 4. Salim Khan was an actor before he turned to the pen

Salman Khan acted in Sooraj Barjatya’s Hum Aapke Hain Koun, Maine Pyar Kiya, Hum Saath Saath Hain and Prem Ratan Dhan Paayo. But it was the director’s grandfather who changed the life of his father. While pursuing his MA in Indore, Khan attended the wedding of Kamal Barjatya, Sooraj Barjatya’s uncle. At the wedding, he was spotted by filmmaker K Amarnath who offered him a role in the film Baraat due to his good looks. However, Salim Khan’s acting career did not really take off after the film and he took to writing.

Also read: Is Salim Khan collaborating with Salman Khan for a biopic on Helen? Here’s what he has to say

Salim Khan’s second wife Helen Richardson was born in Yangon on November 21, 1938. She married filmmaker PN Arora in 1957, but the relationship ended after 18 years when she found out that he had been spending money without her permission. Later, Helen married Salim Khan in 1981. It is said that Sailm’s sons were initially unhappy with the marriage but things took a different turn after. Helen and Salman have shared the screen space in films like Khamoshi and Hum Dil De Chuke Sanam.

6. Salman’s sister Arpita was adopted by Salim and Helen

Salman Khan also has a younger sister Arpita who was adopted by his father and step-mom. Her biological mother had died on the footpath and the baby was abandoned. Salim Khan and Helen, in turn, adopted her. Arpita was 18 when she dated Boney Kapoor’s son Arjun Kapoor, who is now an actor. According to a website, the Mubarakan actor confessed that his only serious relationship was with Arpita. An alumnus of the London School of Fashion, she married Aayush Sharma, who is the grandson of former union minister Sukh Ram. The couple now has a son named Ahil.

Alvira Khan co-produced Bodyguard in 2011. According to reports, the superstar will act in her upcoming film Bharat. Alvira Khan also designed the costumes for her brother in Bajrangi Bhaijaan. Salman’s younger brother Arbaaz Khan is a director and an actor. His youngest brother Sohail Khan is also a filmmaker.