It’s incredible how pedestrian Netflix India’s programming has looked in the last year. Taking India by storm with the first season of Sacred Games in 2018, it’s all been downhill since. Patrick Graham’s Betaal takes an interesting premise of a modern-day CRPF outfit facing off with colonial-era zombies, and turns it into a juvenile series filled with jump-scares, close-up of screams, laughable fake blood, and terrible use of prosthetic to depict spilled guts.

Graham, who was earlier also at the helm of the strictly average Ghoul, isn’t so much interested in telling a compelling story as much as he is intent on making good on his schoolboy fantasies. There are raining bullets, zombies trying to fell doors without much success, flesh being blown to smithereens, and CRPF jawaans constantly cutting each other off in the middle of otherwise exposition-heavy dialogue, only to contrive some (unconvincing) mistrust in an enclosed place.

You know you’re going down a slippery slope, when a 4-episode series opens with a two successive slides of ‘context’. One telling us about a British army in 1857 that tried to usurp a demon’s power to subjugate the locals. Another telling us how the locals have intentionally shut a tunnel to prevent the hungry British soldiers (now zombies) from coming out in the real world. However, thanks to capitalism, a highway needs to pass through the haunted tunnel. And as they say, the rest is topography.

A CRPF group is summoned to flush out ‘Naxal terrorists’ living among the tribals. Much like Ghoul, even Betaal feels like a 90-minute film stretched into a 180-minute series. The makers don’t use this lengthier narrative to come up with more backstory and details for the setting. Instead they just keep more of the forgettable banter between the Vikram Sirohi (Viineet Kumar Singh), DC Ahluwalia (Aahana Kumra) and Asad Akbar (Jatin Goswami), and prolong the sequences of the English army playing the drums outside. Meant to inspire dread, when the army doesn’t attack even by the end of the episode… it begins to looking comical. 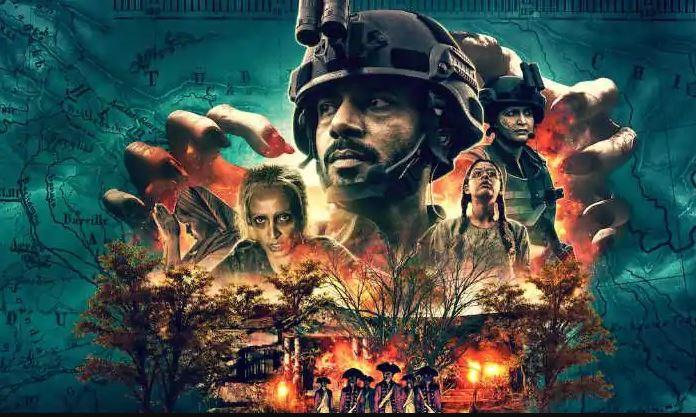 The most comical misfires of the show is Suchitra Pillai’s casting as Commander Tyagi. For a generation that still associates Pillai with the role of Pooja, the perpetually-angry girlfriend from Dil Chahta Hai, she spends most of her scenes in the show, sitting and staring at people like Pooja would. After venturing into the show’s ‘haunted cave’ in rural India, Pillai’s character comes out with silver hair (a bad, bad wig). It’s remarkable at how no one is shocked with this development, someone even casually brushing it aside saying “it must be because of the shock!” Her ‘Pooja stare’ only intensifies.

Don’t let the repeated use of ‘Naxal’, ‘development’ and Jitendra Joshi’s (Katekar from Sacred Games) character called Mudhalvan – the contractor for the highway – fool you about the show’s intent for socio-political commentary. It doesn’t care too much. In fact, Betaal is so irresponsible in the way it tells its story about colonial-era spirits, some might even accuse the showrunners of flirting with propagation of superstition and black magic. 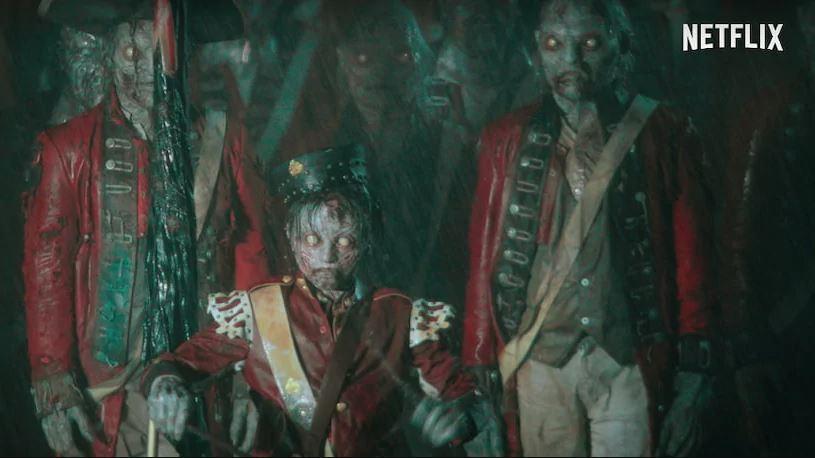 The show repeatedly keeps cutting to one of Sirohi’s previous assignments, where he keeps seeing the face of a young girl who he might or might not have killed as a witness to a genocide. This ‘flashback’ is merely functional for Sirohi in the current situation, when the zombie-in-chief (a Colonel Lynedoch) asks for a virgin girl’s sacrifice (another dated trope), so our ‘hero’ can be redeemed. It’s deathly boring, has little to no juice and is painfully predictable.

For anyone paying attention, there’s a single inspired moment when Joshi’s character avenges Katekar’s death in Sacred Games. It’s the only time the makers seem to be having fun with what they’re saying, and that’s arguably the only scene when Betaal seems to have it figured out.

Betaal is streaming on Netflix