Sushant Singh Rajput and Kriti Sanon are paired opposite each other in upcoming romantic drama, Raabta. There have been endless speculations about both the stars being involved in a relationship off screen. However, both Sushant and Kriti vehemently denied the rumours of them dating each other. Recently, both the actors appeared on a digital entertainment channel for a promotional video.

What is the secret behind a perfect relationship? Nobody has been able to decode what goes into being perfect for your partner. The 2.21-minute video featuring the Raabta couple explaining 7 signs that indicate that you have finally found the one with whom you can have ‘daal-chawal for 50 years’. There is one thing that makes the video stand out from other relationship videos that you have seen in the past. Sushant Singh Rajput and Kriti Sanon’s chemistry is just adorable and you will instantly relate to them while watching them.

Be it the candid conversation while ordering food or exchanging glances at a restaurant, both the stars seem to be perfectly in love on-screen. 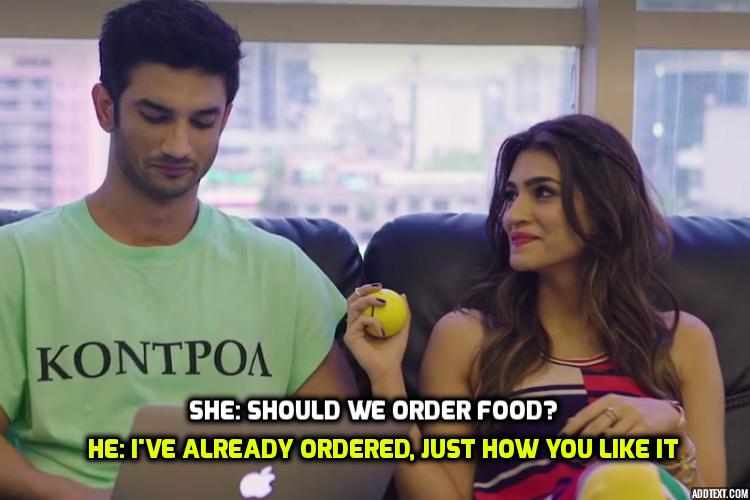 Sushant and Kriti’s chemistry is just adorable. Here are more glimpses of the bonhomie they share in the video. 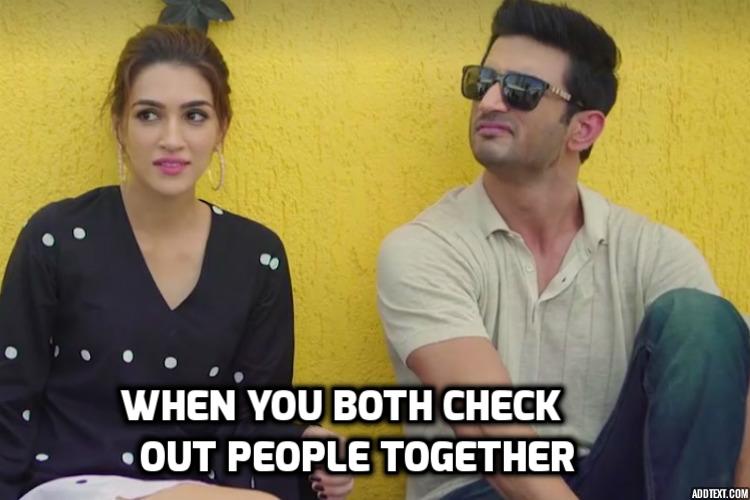 If you are still single, then it is certain that it will remind you of some past memories. Even if you are yet to find a partner, this video can give you some tips on how to keep a relationship going strong once you find your soulmate. Directed by Dinesh Vijan, Raabta releases this Friday. Meanwhile, watch the video here:

Also read: The off-screen chemistry of Sushant Singh Rajput and Kriti Sanon is making us super excited for Raabta