Vishal Bhardwaj’s Rangoon is all slated for a release tomorrow and it looks like the film will get an overwhelming response. Celebrities and critics who have watched the film are heaping praises on every aspect of Rangoon from actors, director, story, and the cinematographer. Though Rangoon has impressed almost everyone who saw it, the film is currently facing legal troubles. Wadia Movietone Pvt. Ltd., filed a commercial suit against the makers over copyright infringement.

The Wadias claimed Kangana’s character Julia is modelled on Australian stuntwoman Mary Evans popularly known as Fearless Nadia. They asserted copyright to Nadia’s story belonged to them. They had also claimed about 19 scenes from Hunterwali were lifted for Rangoon.

The case has been lying in the Bombay High Court and the counsel from the makers’ side argued the claims were baseless. Ravi Kadam from the makers’ argued that no one holds the copyright to historical characters. He added Fearless Nadia was a character’s name so the entire argument is pointless. He argued Wadias reflect the era of 1940s and not a story.

Also read: Copyright tussle: Not one, Wadias claim 19 scenes of Kangana Ranaut in Rangoon are lifted from Hunterwali

Roy Wadia also dragged Mathew Robbins to the Court. Robbins, who penned down the story of Rangoon along with others, denied the claims. He said,” Julia is based on independent research…where we discovered that in the year 1930s-40s numerous films were made by various production houses where female protagonist was a stunt woman, who would wear western clothes, would carry a weapon like a sword, pistol or whip and that ‘Nadia’ was just one of those several stunt actresses which featured in multiple films projecting empowered and strong women.” 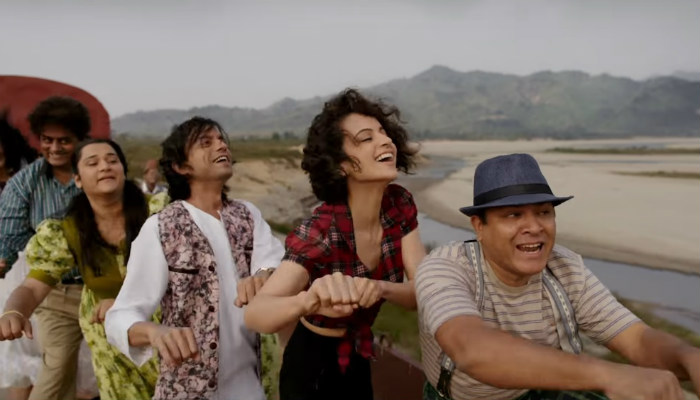 Mathew further argued that Nadia was a replica of Zorro, a Hollywood character who wore a mask and carried a  whip.

A representative of the defendants said, “Wadia did nothing because he was aware that the film industry followed trends and that at the time swashbuckling, stunt woman characters.”