Deepika Padukone recently slammed International media for mistaking her for Priyanka Chopra. But looks like the media in the West is in no mood to learn from their mistakes.  This time around the foreign media confused Sonam Kapoor as Deepika Padukone. A photo news agency wrote Deepika Padukone’s name while captioning Sonam Kapoor’s image. Both Sonam and Deepika are attending the ongoing Cannes Film Festival.

According to a report in an entertainment portal, the American stock photo agency wrote, “Indian actress Deepika Padukone arrives for the film The Meyerowitz Stories in competition at the 70th Annual International Film Festival in Cannes, France on May 21, 2017.”

Well, this goof-up is sure to irk both the actresses. When Deepika Padukone was asked about the goof up by the media, she had criticised it. The Bajirao Mastani actress had called it an example of racism. She had said, “Absolutely. It’s not just me being offended. Everyone should be offended. It is not just ignorance, it is racist. Two people of the same colour aren’t the same. You should educate them and not encourage them.” The incident had taken place during the Met Gala event a few weeks earlier. 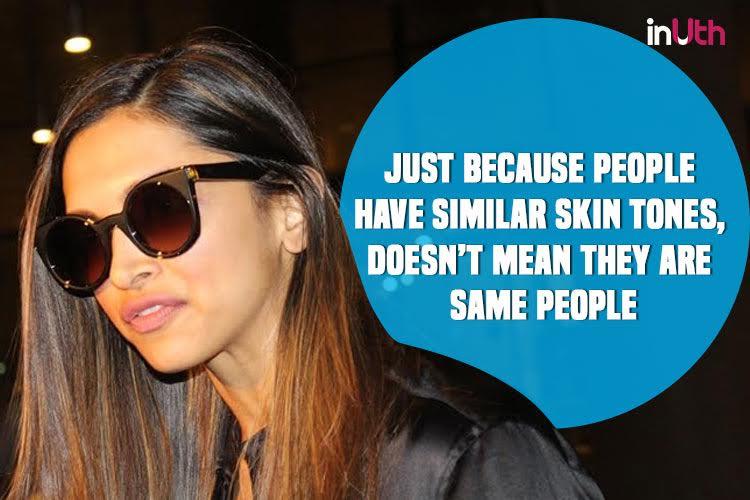 Let us wait out to see how Sonam Kapoor reacts to this.

Also read: Cannes 2017: Sonam Kapoor bedazzles in a shimmery golden gown as she gears up for round 2 of Red Carpet

As far as the ongoing film festival is concerned, Bollywood divas have been raising the bar of fashion with their sartorial sense. Sonam Kapoor, Aishwarya Rai Bachchan and Deepika Padukone have been exuding charm on the red carpet. Sonam’s choice of apparel has been making it to the headlines. Yesterday, Sonam donned a bohemian look and left everyone awestruck. For the second look of the day, she settled wore a golden glittery gown.