Sonakshi Sinha is planning to kickstart her career for the year 2017 with a bang. Her upcoming film Noor has already grabbed a lot of attention since the inception. And with her latest picture with rapper Badshah at a recording studio has intrigued all of us.

By the looks of it, it seems that the actress has joined hands with Badshah for a song in her upcoming film Noor.  Sona will be seen essaying the role of a journalist in the film. The movie is based on a book titled Karachi, You’re Killing Me which has been written by Pakistani writer Saba Imtiaz. 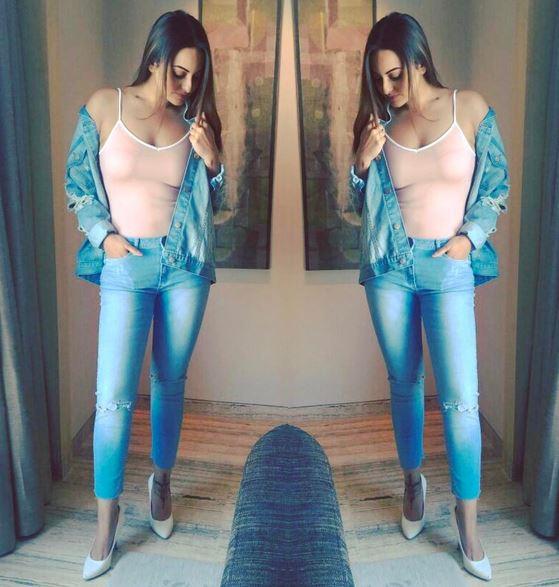 Her song Aaj Mood Ishqholic Hai in 2015 marked her debut in the world of singing. Interestingly, she has also done a music video with Yo-Yo Honey Singh as well. The actress recently took to her Instagram account to share a picture of her with singer-rapper Badshah. Dressed in a black t-shirt, Sonakshi killed the casual look. Her cryptic caption of the image read, “Twinning and winning at the recording studio! #waitforit #recordingoutfitonpoint @badboyshah”

Going by the caption – we feel that they are coming together with a deadly composition! If that happens, this is going to be a big thing!

Twinning and winning at the recording studio! #waitforit #recordingoutfitonpoint @badboyshah

Even Badshah acknowledged the singer Shaan for giving his home studio for the recording. He took to his Twitter account and wrote, “Super super kind of @singer_shaan sir to accommodate me and @sonakshisinha at his home studio. Amazing vibes. Thank you sir”

Super super kind of @singer_shaan sir to accommodate me and @sonakshisinha at his home studio. Amazing vibes. Thank you sir