The trolls don’t ever seem to take a day off. Soha Ali Khan recently shared pictures of her vacation in London, where she can be seen with her husband Kunal Kemmu, daughter Inaaya, sister-in-law Kareena Kapoor Khan and her nephew Taimur. One of the pictures featuring Soha and daughter Inaaya has attracted some nasty comments, with many followers (rather insensitively) saying that Soha looks ‘old’. Some of them even wondered if she used FaceApp.

The comments section, once again, is an exhibit of our sexist, ageist habits as a society. Courtesy the comments section on social media, it allows us to say mean things (many times without thinking) from the safety of a smartphone. There’s an expectation that a woman should ‘go back to looking pretty’ after giving birth. This expectation only multiplies several times for celebrity mothers. Also, there’s an expectation for all women to conceal their actual age and look like ‘in their prime’ forever. 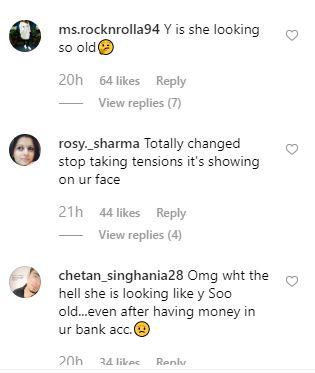 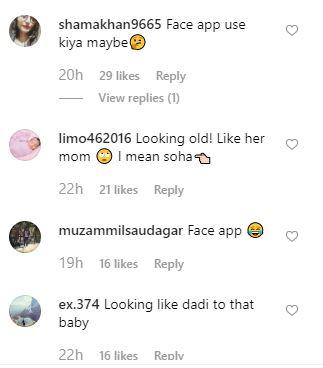 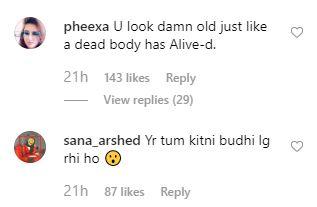 These trolls appeared only a few months after Neha Dhupia was shamed for ‘SHOCKING WEIGHT GAIN’, after giving birth. Similarly, Aishwarya Rai Bachchan was criticised for not sprinting to the gym after giving birth to her daughter, Aaradhya. Even though both Kareena Kapoor Khan and Rani Mukherjee hit the gym after pregnancy because of their impending film assignments, it was almost like a ticking stopwatch as many members of the media just looked at them with unease. Something that keeps happening for the women in Bollywood, but not as often for the men. Fardeen Khan’s ‘fat pictures’ were shared widely, at one point, in a before/after collage.

It’s no surprise that as Soha Ali Khan holidays with her husband Kunal Kemmu, she gets scrutinised while he walks around with nothing to prove. Maybe we should give out a reminder to everyone – you DON’T have to write everything that comes to your brilliant head. Just don’t.