Simran, Kangana Ranaut’s next film, a Hansal Mehta directorial is here with its teaser. The short video shows Kangana as a carefree Gujarati girl living abroad and trying to discover herself. Sometimes, she behaves like a child and at other, a complete badass queen giving a damn to the world. Simran has been jointly produced by Bhushan Kumar, Shailesh R Singh, Krishan Kumar and Amit Agarwal. The film is slated to hit the screens on September 15.

The teaser of the movie was released at quite an odd time, at 11:50 pm on May 14. Nonetheless, the makers of Simran should be appreciated for making a brave move by releasing a dialogue-less trailer. But then, it’s a Kangana Ranaut film and one can expect all the guts and glory that you can find.

Simran, as it was deemed earlier, is the story of a middle-class Gujarati girl who sets on a journey to discover her independent self. While not much information has been revealed about the film’s cast, actor Sohum Shah, who played a pivotal character in Irrfan Khan-starrer Talwar, is also a part of this Kangana Ranaut film. The film is set in the US.

Simran has been one of the most awaited on screen outings of Kangana this year more so because this is for the first time the Queen actress will be seen in a film directed by critically acclaimed filmmaker, Hansal Mehta. Her last film, Vishal Bharadwaj’s Rangoon couldn’t perform well at the Box Office. It should also be noted that the actress has started her next film, Manikarnika: The Queen of Jhansi, directed by National Award winning filmmaker, Krish (Radha Krishna Jagarlamudi). 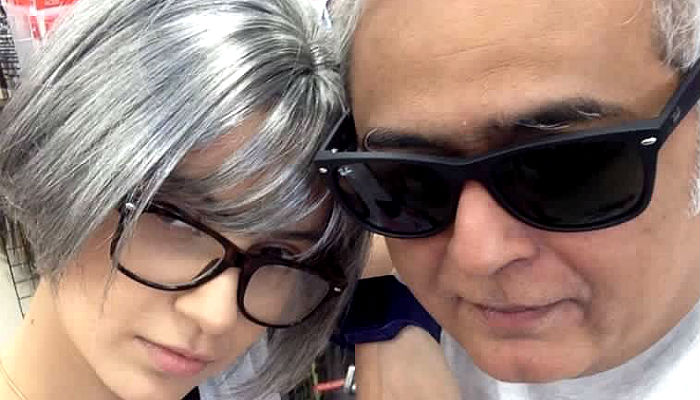 Meanwhile, Simran’s official poster was out in the evening after its motion poster was launched earlier yesterday.

So, all you Kangana fans out there, make way for Simran now!