Bollywood actor Sidharth Malhotra, who made his big Bollywood debut along with Varun Dhawan and Alia Bhatt in Karan Johar’s directorial Student of the Year, talked about his competition and that he had too much on his plate to worry. The actor is gearing up for his next A Gentleman. Talking to a leading daily, when he was asked if he compares his career to his Student of the Year co-stars, he replied that one should always look forward and work hard.

“Competition, in this industry, has a different connotation. Here, there will always be people who have worked before you. You have to make peace with the fact that there will even be better performers coming in after you. In order to maintain your sanity, you can only compete with your last performance. That’s all that matters. Why would I care about Varun and Alia’s careers? I have too much on my plate to worry about.” 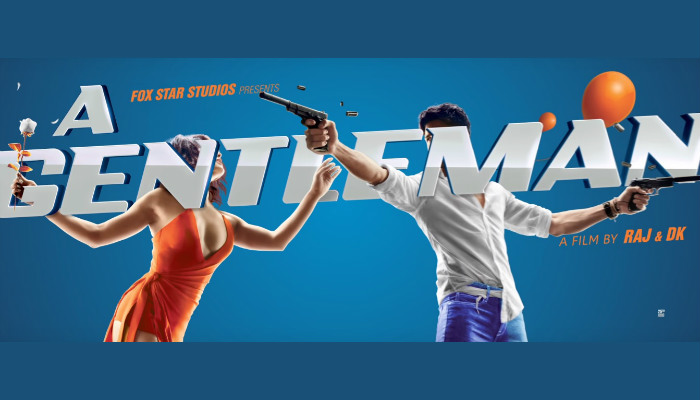 Jacqueline Fernandez and Sidharth Malhotra in a still from A Gentleman.

Starting his career as an actor in 2012, Siddharth has had his own share of highs and lows. While some of his films including Ek Villain and Kapoor & Sons did well at the Box Office, others have miserably failed to impressed the audience. His last release Baar Baar Dekho turned out to be a Box Office debacle, however, he looks forward to his next Bollywood outing.

Directed by director duo Krishna D.K and Raj Nidimoru, A Gentleman also features  Jacqueline Fernandez in the female lead. It is slated to release on August 25.

Sonakshi Sinha and  Siddharth Malhotra while shooting for the film Ittefaq

Also Read: Aiyaary’s first look is OUT and we can’t wait to see Sidharth Malhotra as an army officer

Meanwhile, he also has films like Ittefaq opposite Sonkshi Sinha and Aiyaary featuring Rakul Preet Singh in his kitty.