After releasing the first look poster of actors Ayushmann Khurrana and Bhumi Pednekar next Bollywood outing Shubh Mangal Savdhan, the makers have finally unveiled the trailer of the film. The event was attended by the lead stars along with the director and producer of the film in Mumbai on Tuesday, August 1. After the unconventional pairing of the duo in Sharat Katariya’s directorial Dum Laga Ke Haisha, the upcoming film will mark the second collaboration of Ayushmann Khurrana and Bhumi Pednekar. Jointly produced by Anand L Rai and Eros, Shubh Mangal Savdhan is a remake of Tamil comedy film Kalyana Samayal Saadham.

After watching the trailer, it seems the film will be quirky romantic-comedy with lots of twist and turns. In the trailer, the audience will get a chance to relieve the adorable on-screen chemistry of Ayushmann and Bhumi. In the film, the Vicky Donor star plays the character of Mudit, while Bhumi essays the role of Sugandha and is an interesting take on Not so hot girl and a Not cool boy. The trailer of the film deals with a sensitive subject like impotency and how they deal with it. Check out the first look poster of the film here: 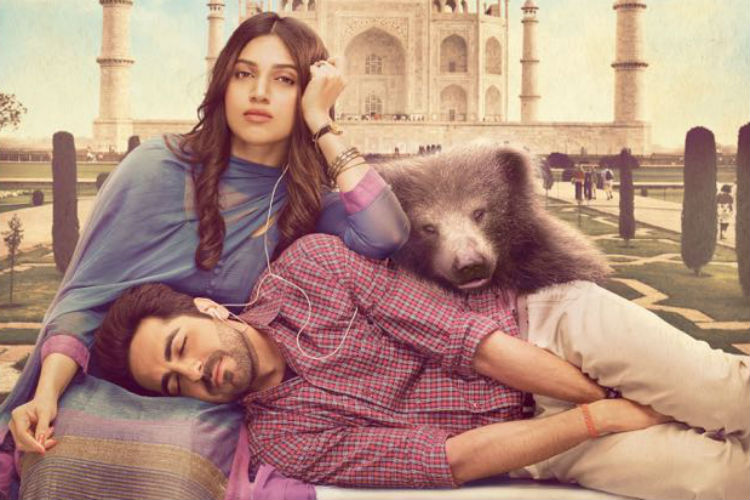 On the work front, Ayushmann was last seen in Meri Pyaari Bindu opposite Parineeti Chopra, while Bhumi is gearing up for the release of her next Toilet Ek Prem Katha. Also featuring Akshay Kumar in the male lead, this is the first time Bhumi shares the screen space with him. It is slated to release on August 11.