Shubh Mangal Savdhan recorded a very good trend in its opening weekend as the film raked in approximately Rs 14 crore in its three-day run at the Box Office. The Ayushmann Khurrana – Bhumi Pednekar film was off to a slow start, however, the biz escalated by over 100% on Saturday followed by a further jump of 10% on Sunday.

The film is faring exceptionally at the metros, however, the performance is below par in the mass circuits. The collections at a few centers in Mumbai, Delhi, Kolkata, Chennai is higher than that of the much bigger release Baadshaho, which in itself is a feat for the film. The movie is on its course to emerge a hit, however, it would be interesting to see if it manages to prove its longevity like Hindi Medium and go past the Rs 50 crore mark in India. 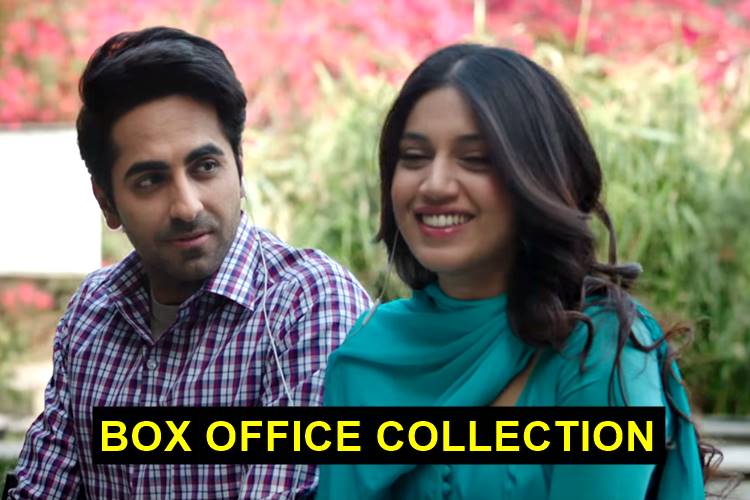 The first challenge for Shubh Mangal Savdhan would be to breach past the collections of Bareilly Ki Barfi (Rs 32 crore), and that should happen with ease until and unless the film shows an unreasonable drop on Monday. The word of mouth seems to be on the positive side among the target audience and the same has ensured a consistent jump over the weekend.

Ayushmann Khurrana has delivered back to back successful films with Bareilly Ki Barfi and Shubh Mangal Savdhan, however, it would be interesting to see how his career path shapes up from here on. Shubh Mangal Savdhan is also the third consecutive hit for Bhumi Pednekar after Dum Laga Ke Haisha and Toilet: Ek Prem Katha.

The movie is produced by Eros International in association with Color Yellow Productions.