Shahid Kapoor’s wife Mira Rajput, who made her on-screen debut with Karan Johar’s celebrity chat show Koffee With Karan, is making headlines these days. The star wife was earlier in news for her ‘puppy remark’ and now rumours have it that she will soon make her acting debut. While a lot has already been said and written about the mother daughter’s acting debut, it looks Shahid Kapoor is not even aware of all this.

It is being said that Mira Rajput is getting a lot of TV commercial offers to promote child care and maternity brands and if everything goes well, we might get to see the gorgeous lady on the big screen soon. Rumours also have it that the Mira is also taking advice from Shahid Kapoor’s manager for the same.

In an interview with Hindustan Times, when the actor was asked about the same, Shahid said that he has never stopped Mira from taking any project. Sasha also told that he doesn’t interfere in what Mira decides to do and said that he will always be supportive of her. And as far as daughter Misha’s debut is concerned, daddy Shahid Kapoor said, ”So far Misha has not been offered any work and I am happy about that as she is just nine months old.” 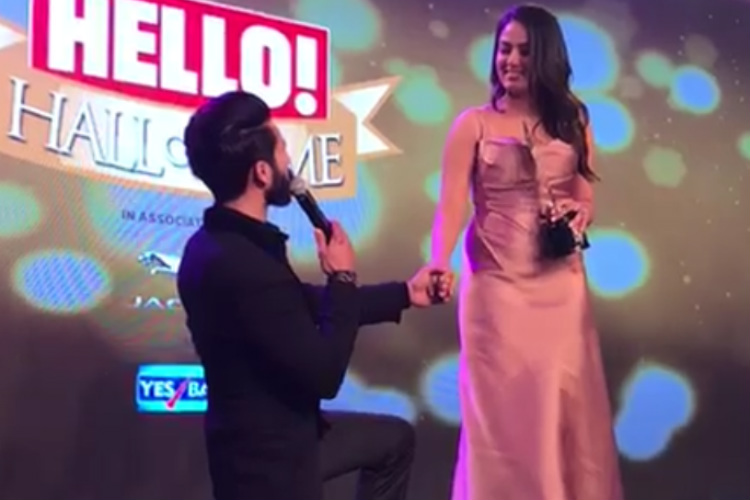 Shahid Kapoor and Mira Rajput tied the knot in the year 2015 and welcomed their pink bundle of joy in September last year. From supporting his wife on the puppy remark controversy to being a protective and caring dad for Misha, Shahid is the perfect role model for today’s youth.

Also read: Shahid Kapoor’s wife Mira Rajput opens up on her ‘puppy’ remark, says ‘I don’t know how to be politically correct’

On the work front, the actor is busy prepping up for Sanjay Leela Bhansali’s magnum opus Padmavati, which also stars Deepika Padukone and Ranveer Singh in lead roles.