Shah Rukh Khan loves the art of filmmaking as much as he loves acting in it. The owner of Red Chillies Production and VFX houses, SRK has one unfulfilled dream left. The 51-year-old superstar wants to turn the epic saga of Mahabaratha for the silver screen. He, however, thinks that it won’t be possible without collaborating with anyone. SRK also said the scale of Mahabaratha couldn’t be lesser than Baahubali in terms of scale.

The Raees actor spoke with great candour during one of his interviews and told about how Mahabaratha would make for a great silver screen outing. SRK said he didn’t have the budget to turn his dream to reality till he collaborated with someone. SRK told the daily, “It’s my dream to make Mahabharata for the screen… it’s been for years now. But I don’t think I have the budget to do that, unless I collaborate. This one has to go out into the international markets. So you have to collaborate with someone who’s international. You don’t take up a subject like the Mahabharata and make it any less. It should be on the scale of a Baahubali, or one that is even larger.”

Interestingly, the director of Baahubali series- SS Rajamouli, shares the same dream. During media interactions, Rajamouli has said many times about he wishes to make Mahabaratha. Considering that Rajamouli is on his way to deliver one of the most awaited movies of this year and Shah Rukh Khan owns Red Chillies VFX, which is at par with International companies, we wonder if they would join hands? 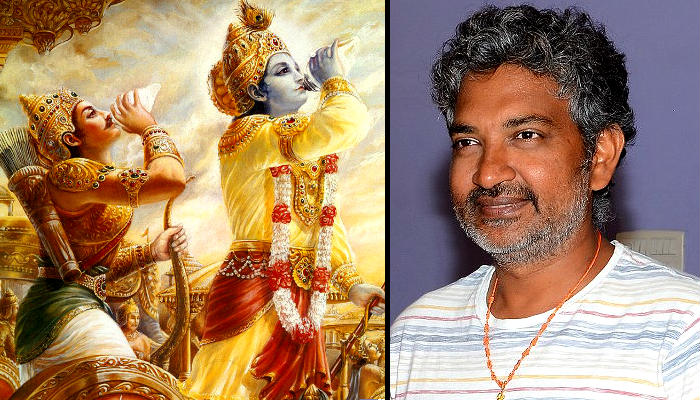 Also read: This may really happen. Shah Rukh Khan, Aamir Khan and Salman Khan together in a film

Parallely, there are reports that Aamir Khan too is thinking of making Mahabaratha. With him in the picture and almost everyone accepting they cannot pull the project on their own, will a silver screen adaption of Mahabaratha be the biggest one ever made by Indian cinema? Only time has the answer.