Shah Rukh Khan on Saturday evening was honoured with the 4th National Yash Chopra Memorial Award and it was a great moment for the actor. SRK is the fourth recipient of the award for his contribution to cinema, after Amitabh Bachchan, Rekha and Lata Mangeshkar.

In his acceptance speech, Shah Rukh said some really nice things about late filmmaker Yash Chopra, who was just like family for him. He also told that whatever he is it is because of Yash Chopra and that he single-handedly created his career.

Shah Rukh also interacted with the media minutes before the event and said that he feels thankful that the jury selected him for such an honour. 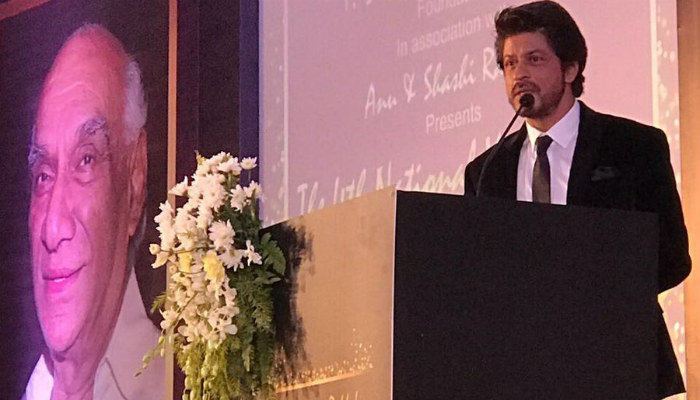 The actor also remembered the time when he used to think that he is not good looking enough to play romantic roles and he never wanted to be a lover boy and it was Yash Chopra who kept on telling him that his career won’t progress if he will not do love stories. 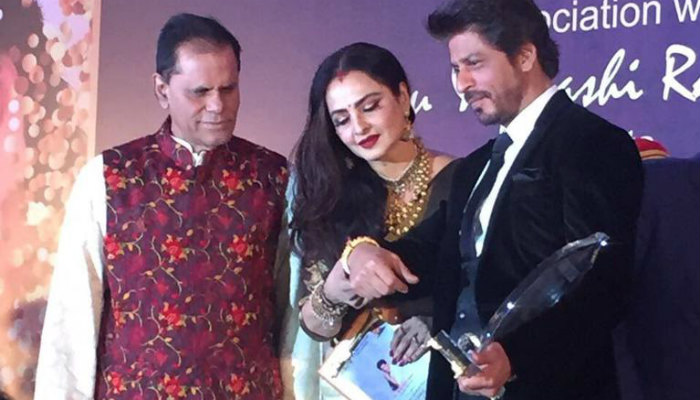 Shah Rukh Khan also revealed that when he came to Mumbai, he had no family and the film industry adopted him. In fact, he also said that Yash Chopra’s wife Pamela is like his surrogate mother. During the media interaction, when SRK was asked about the rumours of him denying working with Kangana Ranaut in Sanjay Leela Bhansali’s next, the actor immediately said: Don’t believe what you read online. 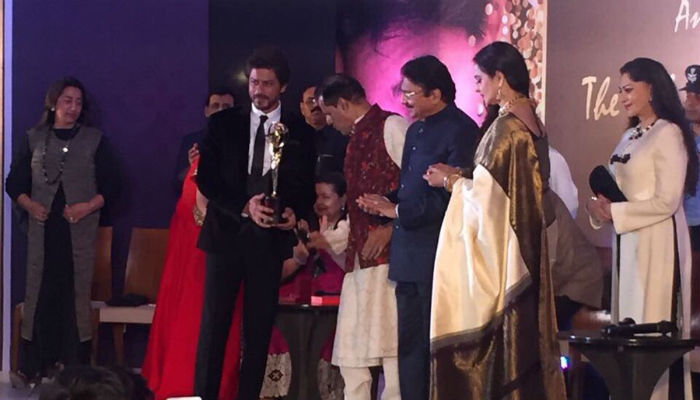 Does that mean there is still a hope for us to see Kangana and SRK together on-screen?