Shah Rukh Khan has been the undisputed king of Bollywood for a long time. His last outing Raees entered 100 crores with ease and lead the race beating Hrithik Roshan’s Kaabil. The actor has started his own production house Red Chillies Entertainment that has been doing great business lately. SRK’s entry into the genre of VFX with Ra.One was appreciated by the audience. Though the movie could not do wonders at the Box office but fans appreciated the amount of hard work that was put in. Nowadays, several actors and production houses are joining hands to be a part of something big.

Nowadays, several actors and production houses are joining hands and collaborating to work on a project. It is being said that the Dabangg Khan aka Salman Khan is soon collaborating with Akshay Kumar for a film. Not just that, even ace director Karan Johar has decided to work with Akshay Kumar in an immediate future. In such a scenario, where production houses are coming together to charm the audience with their magical work, Shah Rukh has a strong opinion that needs all the ears. 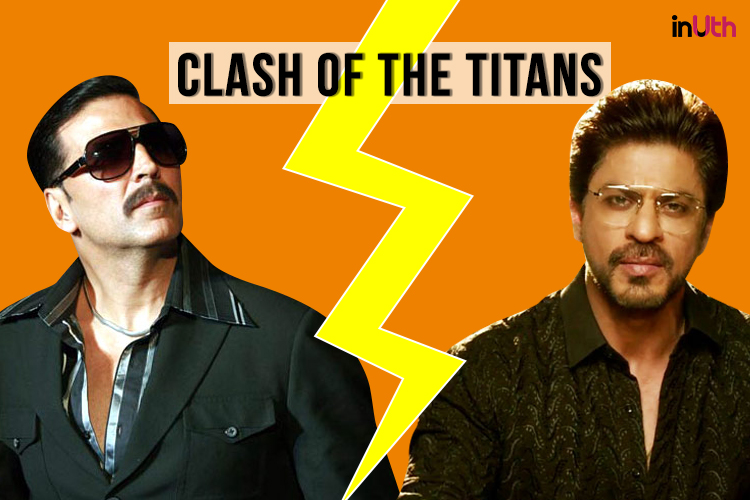 The actor, in an interview to DNA recently, talked about how he is happy with the emerging trend in Bollywood. He praised the initiative of Salman and Akshay and also teaming up of Karan Johar and Akshay Kumar. He added that he is open to such collaborations and he was about to work with Akshay on a film. However, due to some issues and the story, things did not materialise.

SRK added that in such cases people should stop looking at the celebs as individuals rather they should be looked as teams. For instance, it’s not Karan or Salman, it is SKF and Dharma Productions. At the end of the day, it is about the company.

Well said, King Khan! We hope to see you and Akshay together in a film soon.
For interesting entertainment and lifestyle videos from InUth, follow us on Youtube.com/InUthdotcom