Shah Rukh Khan, Anushka Sharma, Imtiaz Ali and Pritam launched the fifth song, Hawayein from Jab Harry Met Sejal at an event in Mumbai. While interacting with the media, the makers confirmed that the film has been cleared with the censor board without any cuts and the run time is approximately 2 hour and 20 minutes.

Shah Rukh Khan films have often made an attempt to exploring new territories outside India and Jab Harry Met Sejal would be no different. The superstar reveals that apart from the traditional Hindi film markets that includes North America, Canada, UAE and Australia, the film will explore several non traditional markets like South America, Europe and Germany. While the actor isn’t aware about the exact screen count of the film as yet, he promised that the film would have a wide release across the globe.

“I am sorry, I don’t know the exact details because I don’t look into it. We have our head, Gaurav (Verma) who does that. But I think, a lot more this time. Our tradition territories will always be there, some of the tradition territories for our films are in general non traditional like Germany, France. I think we are doing a little more in Europe and South America. Hopefully, everyday as the film comes closer to its release, the new markets with team that Gaurav is heading and Yash Raj, who is distributing, it are looking to explore. I don’t know the exact screen count as yet, I can definitely find out, but right now I have no clue about the same,” said Shah Rukh Khan.

Also Read: Here’s what Shah Rukh Khan has to say about Salman Khan’s awaited cameo in Aanand L Rai’s next 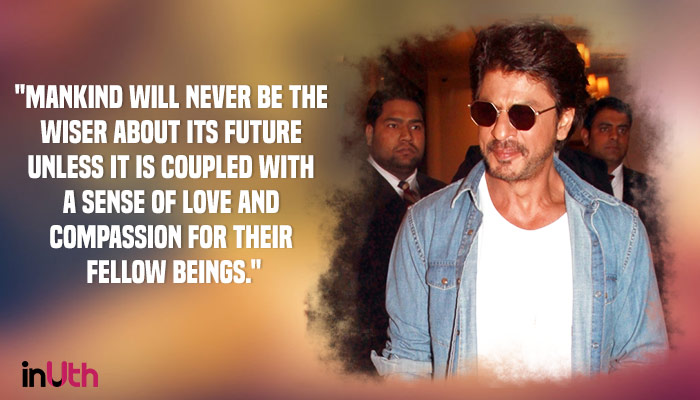 While the screen booking is still in progress, we are expecting the film to release on approximately 3500 screens in India and around 1500 screens abroad. The run time of the film has brought a wide smile on the faces of the exhibitors, who can now allot 6 shows to the film per screen as compared to 4 to 5 shows for other films.