Everything about Baahubali: The Conclusion is grand and this is one of the biggest reasons why the movie has created the buzz. Helmed by SS Rajamouli, this much talked about movie will be hitting the screens on 28 April. The press invites for the movie’s screening carry the same opulence as that of the film itself.

Pictures of the invite were revealed by a leading daily and it will leave you in awe. The invite arrived in a hardbound case and had different layers. One of the layers had the iconic picture of Sivagami holding Mahendra Baahubali to save the life of the child.

The invite also had words of Karan Johar, whose Dharma Productions will be distributing the Hindi version of the film. He wrote, “SS Rajamouli is not only a master craftsman but also a visionary. His film-making majestically blends wonderful storytelling with cinematic technology. Producers Shobu and Prasad and entire team of Bahubali have worked relentlessly and passionately for 5 years and for all of us at Dharma, it is a matter of great pride to be a part of their labour.”

The pictures of the invite will make you wish you got one as well. Check out the amazing invite here: 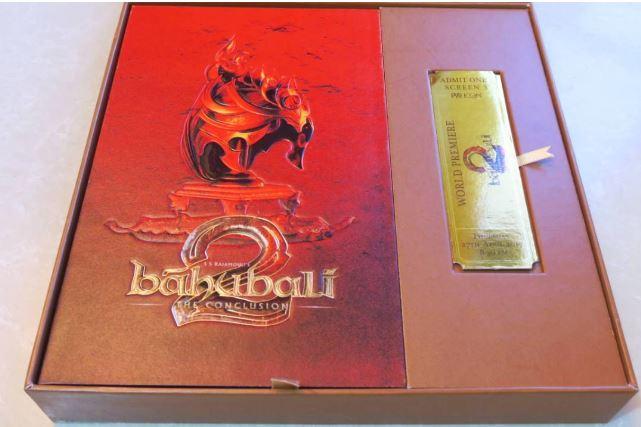 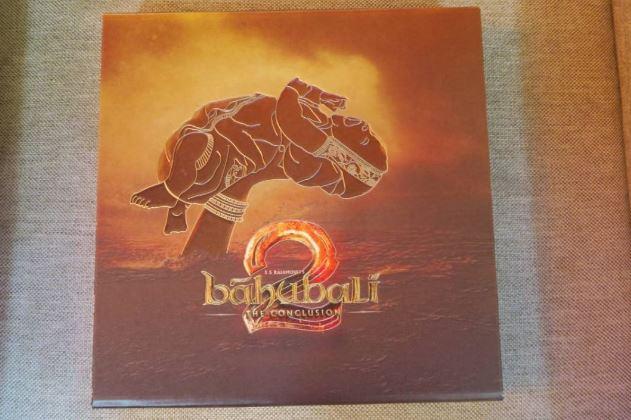 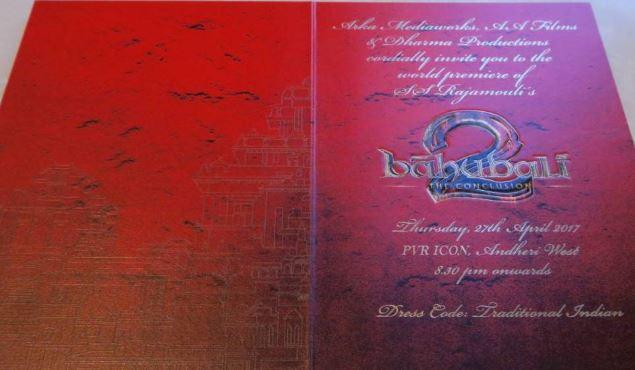 Also read: Baahubali 2: Anushka Shetty’s look as Devasena in latest poster is a far cry from the tortured queen of first installment