Actor Prabhas has been appreciated for his power packed performance in Baahubali: The Beginning. The actor who is currently basking in the success of his latest release Baahubali 2: The Conclusion, has now created a new record. The Rebel star has beaten popular South stars including Rajinikanth and Kamal Haasan to becomes the first Southern star to make his debut at Madame Tussauds.

Few pictures of the star have gone viral on social media and going by the pictures it seems like it’s just a beginning for Prabhas. His wax figure will be displayed at the museum’s Bangkok venue. The statue features him as his famous character Amarendra Baahubali from SS Rajamouli’s super-hit Baahubali franchise and his fans are going gag over it.

And with this, Prabhas joined the bandwagon of famous personalities like megastar Amitabh Bachchan, Aishwarya Rai Bachchan and other well-known faces from the Bollywood and other industry who got the opportunity to feature at Madame Tussauds.

Expressing his excitement, Prabhas in a statement said that he is really happy for being selected by Madame Tussauds, and he credits his fans for this achievement. He also thanked his guru and filmmaker SS Rajamouli, for giving him the opportunity to work on this fantastic project Baahubali.

Baahubali 2: The Conclusion, which has been released worldwide this Friday received a tremendous response at the Box Office. The film features Rana Daggubati, Prabhas, Tamannaah Bhatia, Anushka Shetty and Sathyaraj in pivotal roles.

Meanwhile, check out some of the tweets of his fans and followers who took to social media to express their excitement:

The first Tussauds statue I really liked. Looks very close to the real Prabhas.
Everyone else looks so fkd up! pic.twitter.com/QbYwCDYvnM

Here’s the #Pride moment for all of us
Rebel Star #PRABHAS Wax Statue at @MadameTussauds pic.twitter.com/IIPbm31OD2

Chek out the pictures here: 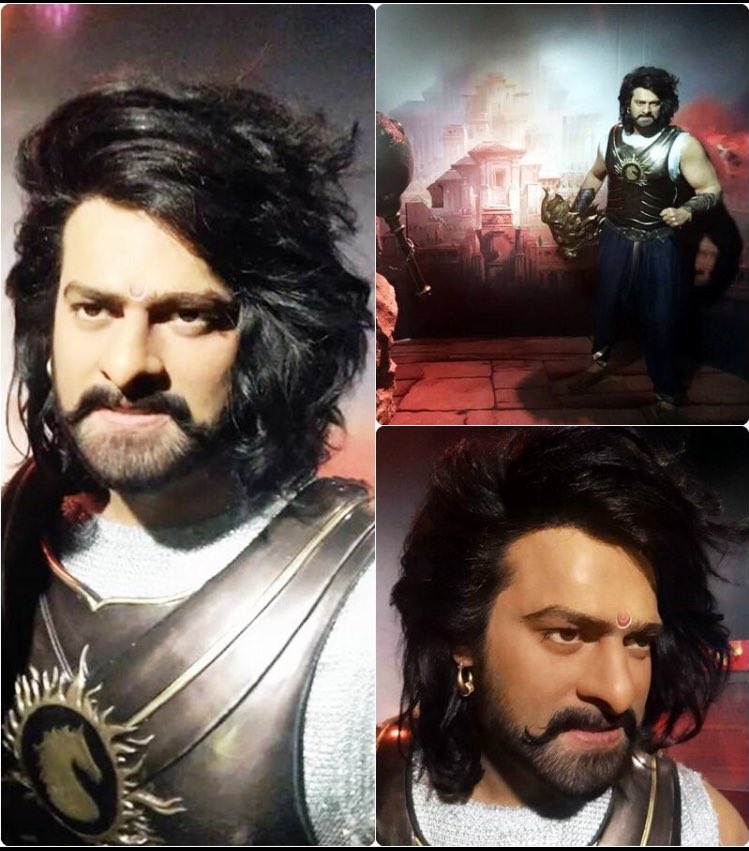