After releasing the first look of Nawazuddin Siddiqui from Manto, a new still from the upcoming drama is doing rounds on the social media platform. Featuring Rasika Dugal and Nawazuddin Siddiqui, the picture captures the Badlaapur actor trying to explain his views to his on-screen wife Safia Manto. Rasika Dugal, noted for her performance in the film Qissa and TV show P.O.W – Bandi Yuddh Ke, plays Safia. While we have seen few pictures of  Nawazuddin Siddiqui earlier, this is the first picture of Rasika Dugal that has come out from the sets of the film. Going by the picture one can see Rasika sports an extremely simple, no make-up, bespectacled look with her hair neatly tied in a plait.

Being directed by Nandita Das, Manto starring Nawazuddin Siddiqui in the title role — is a biographical film based on the Urdu writer. Apart from emphasising on Manto and his writings, it will also reflect on his personal life in which his wife Safia played a strong role.

The film is based on the life of Saadat Hasan Manto. Apart from Rasika Dugal and Nawazuddin Siddiqui, Manto also features veteran actor Rishi Kapoor in a special appearance. 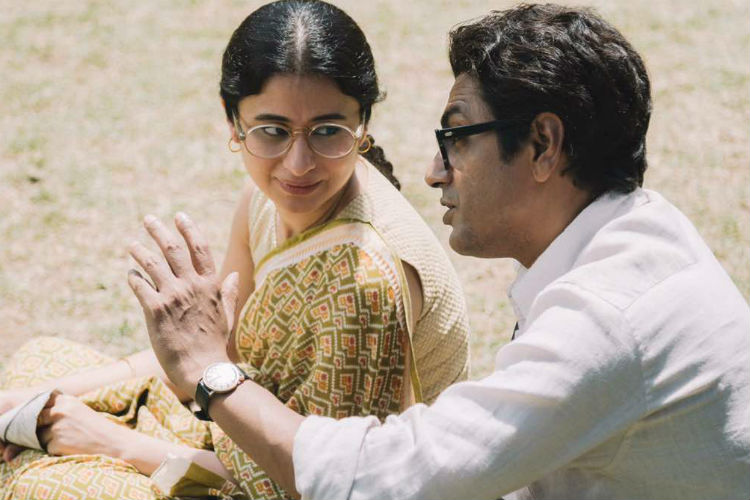 A new still of Rasika Dugal and Nawazuddin Siddiqui from Manto.

Meanwhile, the first look poster of the film has been released at the ongoing Cannes Film Festival. Check out the poster here:

On the work front, Nawazuddin Siddiqui has films like Munna Michael and Babumoshai Bandookbaaz in his kitty. Munna Michael will see Nawazuddin along with Tiger Shroff. Directed by Sabbir Khan, the upcoming film is slated to release on July 21 this year. It also features Nidhhi Agerwal, Sana Saeed and Purab Kohli in pivotal roles.