If you think Ranbir Kapoor and Katrina Kaif are the only celebs you should watch for in Anurag Basu’s Jagga Jasoos, then you should definitely see the latest picture of Sayani Gupta from the sets of the movie. The surprising and impressive transformation of Sayani Gupta to that of a 14 years old girl, left us all speechless.

Anurag Basu’s Jagga Jasoos has been grabbing limelight since the inception. First, it was due to Ranbir-Katrina chemistry, then came the trailer and now Sayani Gupta’s avatar for the film has set the benchmark high. While a couple of months ago, makers released a picture of Ranbir Kapoor wherein he flaunted his student avatar and now Sayani Gupta’s latest picture will definitely surprise you. 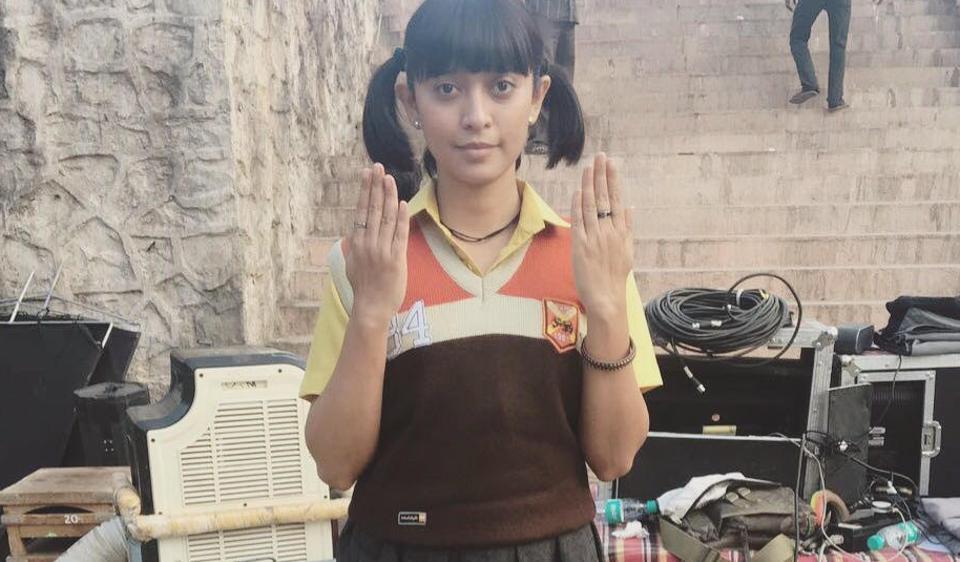 The story dwells on the life of a young detective who is on a lookout for his missing father. The journey that unfolds next is crazy and full of surprises. Besides the intriguing storyline, fans are eagerly looking forward to see the sizzling chemistry of Katrina Kaif and Ranbir Kapoor in the film. Ranbir and Katrina dated each other for a brief period of time before calling it quits. Their turbulent relationship was one of the reasons why Jagga Jasoos got delayed for a long period of time.

The movie is an adventure film that has been helmed under Anurag Basu. This is the second time after Barfi that Anurag is working with Ranbir Kapoor. The movie is produced by Picture Shuru Entertainment and Disney India. Recently, Anurag Basu took to Twitter to share the release date of his film. Jagga Jasoos is slated to hit the theaters on 7 April 2017. Interestingly, it is headed for an epic clash with Ram Gopal Varma’s Sarkar 3.

Watch the trailer of Jagga Jasoos to get a hang on the crazy ride you are set to be a part of: