The Sarkar franchise directed by Ram Gopal Varma is extremely popular among cine buffs and it is all set to return with a third instalment. The trailer of the much-anticipated Sarkar 3 released a short while ago and it lives up to the expectation. This will also mark the return of Amitabh Bachchan as Subhash ‘Sarkar’ Nagare, a character that was loved by all his fans.

However, this time Sarkar 3 has included other celebrated faces of Bollywood as well. The film stars Manoj Bajpayee, Jackie Shroff, Yami Gautam, and Amit Sadh in pivotal roles.

A look at the trailer and it confirms the film will take the franchise to a new high. Amitabh returns as Subhash and despite playing the role about 9 years ago in Sarkar 2 (2008), he hasn’t lost the essence. He seamlessly mouths dialogues which are power packed and also reveal the rules he abides by. 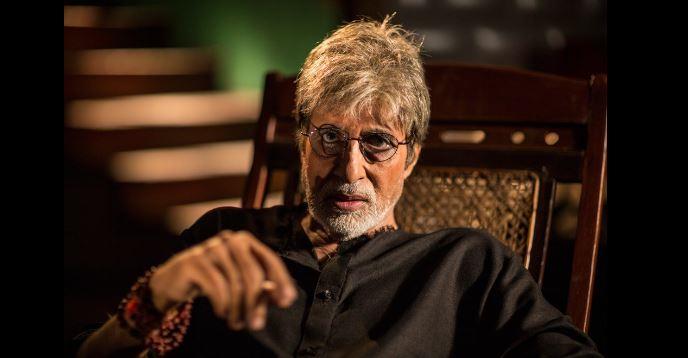 A still from Sarkar 3 (Courtesy: Twitter/@themoiblog )

Out of the many faces in the film, it is Amit Sadh whose character looks promising. As the grandson of Subhash Nagare, he makes it quite clear in the beginning of the trailer that he different from all the other members of his family. As someone who doesn’t agree with norms of Subhash, Manoj Bajpayee strikes a chord. Yami Gautam, who has never played such a character, looks in full mood to explore this opportunity.

Also read: Sarkar 3 first look: Amitabh Bachchan is back and he is angrier than ever

The words that a wounded lion is angrier proves Big B’s stance in the movie will be something different from the other instalments.

This RGV directorial will hit screens on 7 April. You can watch the trailer here.