Did you know Varun Dhawan is a huge fan of star cricketer Virat Kohli? Well, this is hardly surprising given the fact that almost every cricket fan has all hearts for Virat. Not only his skills on the field but it seems like Varun is a fan of Virat’s style as well. And this was proved when he shared a photo donning the similar hairdo as the cricketer’s.

Taking to social media, Varun said, ‘Badri is only @imVkohli fan.Thank you Virat for being so cool and humble we all have a lot to learn from u #realhero’ (sic)

Varun Dhawan is awaiting the release of his film, Badrinath Ki Dulhania starring Alia Bhatt. Helmed by Shashank Khaitan, the second instalment in the ‘Dulhania‘ series has created quite the buzz. The trailer of the film revealed it was set in the small town of Jhansi. The trailer intrigued cine buffs. Moving away from the trailer, the songs of Badrinath Ki Dulhania too have garnered attention. The title track, Tamma Tamma Again, Humsafar and Aashiq Surrender Hua, have become chartbusters. 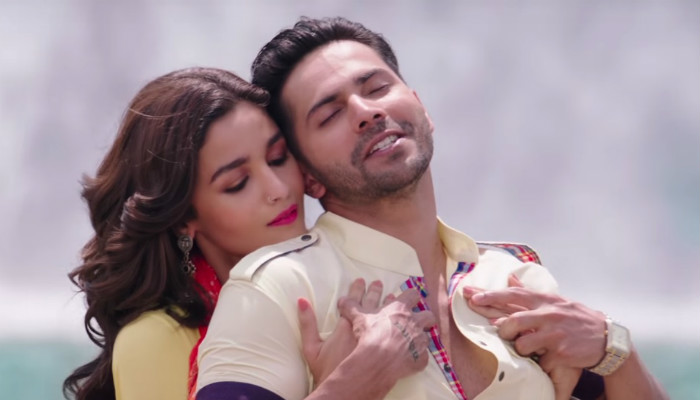 Speaking about the film and his character, Varun told a leading daily recently, “Badri and I are miles apart. We both have zero similarities. But all credit to the director, Shashank Khaitan, for he held my finger and trained me for two months for the film. As my character is from a small town, I had to keep my emotions and romance in control. So, he (Khaitan) removed Varun out of me for the film.”

Also read: Need clearance? Get NOC from matrimonial site for using its name: Censor board to Badrinath ki Dulhania makers

Well, it would be really interesting to see how Varun Dhawan pulls the role of Badri. As of now, he is definitely being the true Virat Kohli fan by sporting his hairstyle.

Badri is only @imVkohli fan.Thank you virat for being so cool and humble we all have a lot to learn from u #realhero pic.twitter.com/iVBIA7gZ7p

Varun will also be seen in Judwaa 2 which is directed by his father David Dhawan. The 29-year-old actor has also been roped in for a movie directed by Shoojit Sircar.