A news has surfaced that is bound to make all Hindi film lovers dance in joy. As it turns out, Shah Rukh Khan will do an important cameo in Salman Khan’s upcoming movie Tubelight. This news was confirmed by trade analyst Komal Nahta on his Twitter timeline, a short while ago. The reunion is grand on many levels for the fact that in was ten years ago in SRK’s Om Shanti Om that these two shared the screen space.

Directed by Kabir Khan, Tubelight became a talking topic in tinsel town since it went on floors. For a while now, there had been rumors about SRK coming on board for the movie. But these reports were rubbished by Kabir himself, leaving no scope for more speculations.

But looks like times have changed and King Khan has finally decided to be a part of the movie. Grapevine is abuzz that Salman was not happy with the movie, so decided to rope in SRK. Apart from SRK, Tubelight also has a cameo of the deceased actor Om Puri who was to shoot for the film soon.

Seems like the New Year is writing fresh chapters in the friendship of Salman and SRK. The two hosted an award show together; SRK will appear on Salman’s reality show Bigg Boss 10 to promote his movie Raees; and now this. It goes without saying that SRK’s cameo would really be something to look forward to.

Also read: What! A Salman Khan vs Ranbir Kapoor at the Box Office now 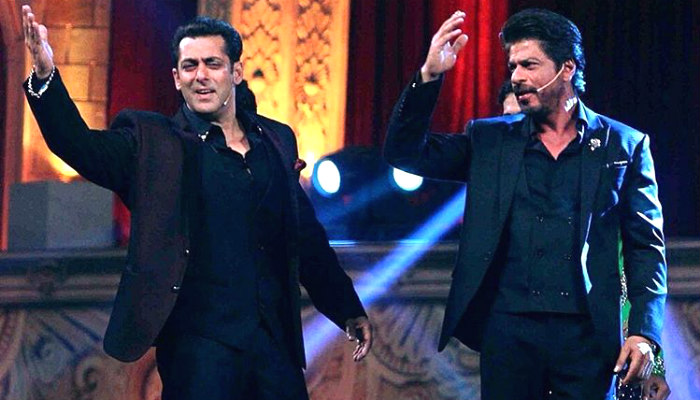 Set against the backdrop of Indo-Sino war, Tubelight features Chinese actress Zhu Zhu opposite of Salman Khan. The movie’s title is actually a hint to Salman’s character, as he plays the role of a dumb soldier who takes time to register things. Slated for release on Eid this year, Tubelight is expected to set new records at the Box Office just like his previous movies.