Salman Khan’s Tubelight has not received the kind of appreciation that was expected from it. Nevertheless, the Kabir Khan directorial is inching towards the Rs 100 crore mark at the domestic Box Office. Now, the 51-year-old actor is gearing up for his forthcoming projects. He spilled the beans on some of his future films that will be very useful for his fans. Salman Khan earned accolades when he played a fearless cop Chulbul Pandey in Dabangg and Dabangg 2. Both the films shattered several Box Office records and the speculations are rife about the third installment in the offing.

“The script for Dabangg 3 is ready. Then there is Bharat that Ali Abbas Zafar is directing. Atul and Alvira are producing the film. The film requires some gaps, so I will shoot for Dabangg 3 during those intervals,” the actor told a leading daily.

There were reports that the much-awaited film would be a prequel to how Chulbul Pandey became a Robinhood cop in his area. When asked, Salman said,”Here, the story deals with Chulbul Pandey’s life journey before the first and second part. And the story will go to the present day.” The first part was directed by Abhinav Kashyap and the second installment was helmed by Arbaaz Khan. He played Chulbul Pandey’s younger brother in both the installments.

Also read: Eid success or not, Salman Khan’s Tubelight is a hit. Haters can back off 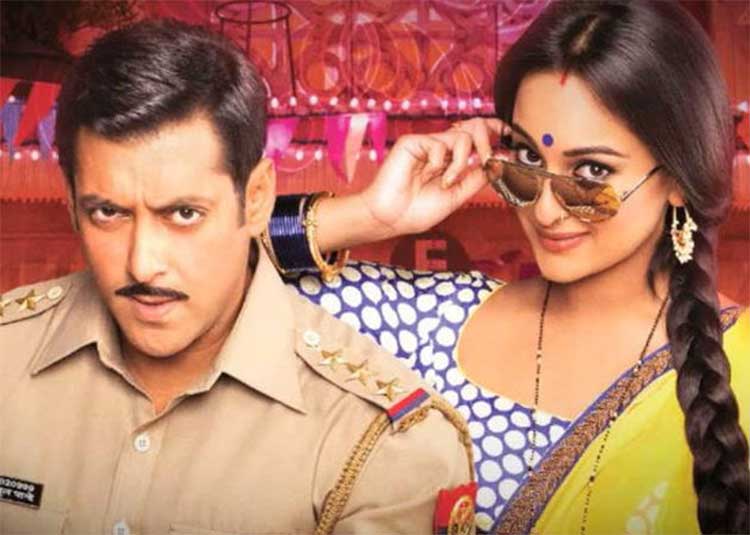 Sonakshi Sinha and her dagabaaz naina in Dabangg

Salman confirmed that Arbaaz will not direct the third part.”He gets really hyper so we asked him to take rest. He is the producer of the film,” he said. Currently, Salman is shooting for Tiger Zinda Hai, a sequel to his 2012 blockbuster Ek Tha Tiger that also featured Katrina Kaif. He will also act in a dance film to be helmed by Remo ‘D Souza.

Also read: Sohail Khan just gave back to those who think Salman Khan’s career is over after Tubelight debacle