Salman Khan recently featured in the Forbes’ list of highest earning celebrities of 2016. It was reported that Salman Khan’s earnings were Rs 238 crore approximately. When the superstar was asked about it, his next question was where is all the money? Salman also said that when a movie earned Rs 500 crore, a very small amount of money reaches him. He explained a movie earning well and a star making money are not synonymous.  Last year, Salman Khan’s Sultan became one of the biggest blockbusters. It earned over Rs 500 crore at the Box Office and it was one of the reasons cited for Salman making it to the Forbes’ list.

Undoubtedly, Sultan re-established the fact that Salman is the Box Office king. Not only Box Office, Salman endorses a number of brands, adding to the bank balance of him. As illustrious as it sounds, this is not the case. Salman Khan was quoted by a daily as, “I don’t have that money. I seriously don’t have that money. I was going through it and going, ‘Yeh paise kahan hai, bhai? Kidhar?’ When a film makes Rs 500 crore, only a very nominal amount from that comes to you. It’s just that your business is worth Rs 500 crore.”

This is not the first time that Salman Khan has said he doesn’t have any money. Once he had revealed all the money he made went in paying lawyers (for his cases) or other things. He said once his father (Salim Khan) asked about his savings and Salman did not have an answer.

Now, that Salman has once again spoken about his earnings, it breaks the cliches around him. Also, Salman talking about his expenses hints he is just like us, with less idea where the money is going. 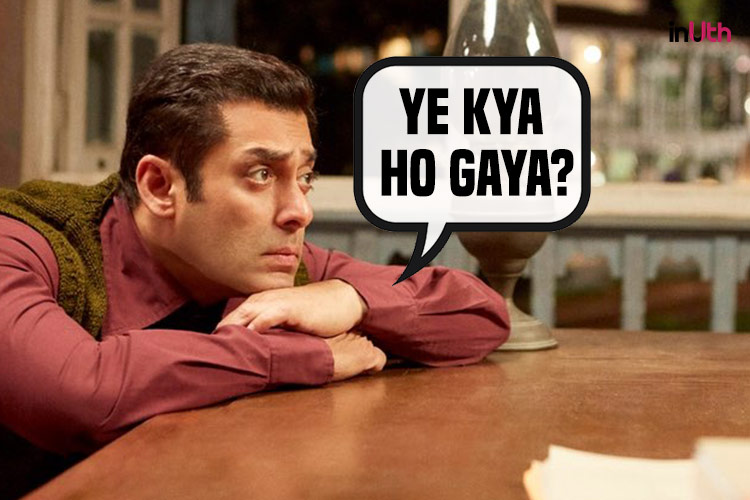 Salman Khan’s last release Tubelight did not perform well at the Box Office. The movie has till now earned over Rs 83 crore since its release on June 23. The numbers are not celebratory and in the past, Salman Khan’s movies have performed much better.