Salman Khan always, like literally always, comes to help of his friends when they need it. The Bhaijaan of Bollywood was approached by Aditya Roy Kapur to promote his upcoming movie Ok Jaanu, and the former happily agreed. The result was a shirtless photo of both of them that will raise temperatures in the cold months. Salman said that Aditya conned him into taking the picture and we don’t know how.

The two actors co-starred in 2009 movie London Dreams. Though, the movie tanked at the Box Office Salman and Aditya continued to share good terms. Aditya is a regular visitor at Salman’s residence and has always spoken highly about the superstar. Obviously it was this bond due to which Salman agreed to go shirtless for Aditya.

Ek khan ko con kiya to take this pic . Bhai let me post this on his twitter #AdityaRoyKapur pic.twitter.com/LrFX0ZwsF9

Well, if you thought Salman getting clicked shirtless was the end of this story, you are mistaken. He asked his contemporaries Shah Rukh Khan, Aamir Khan, Ajay Devgn, Hrithik Roshan, and Akshay Kumar to accept the challenge. To this tweet of his, Ajay Devgn replied he first had to build a body like that. 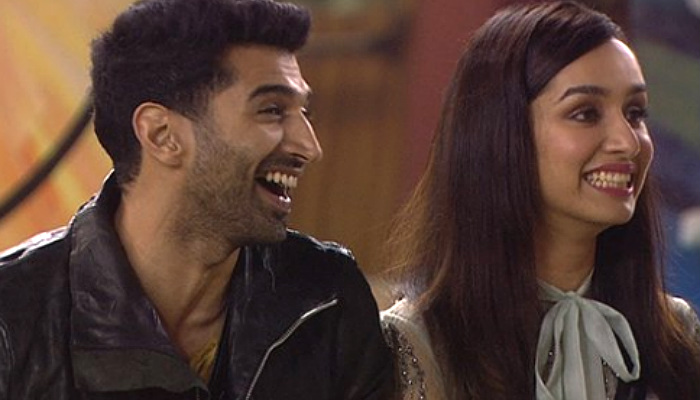 Ok Jaanu is the Bollywood remake of Mani Ratnam’s film OK Kanmani that released in 2015. Slated for a release on 13 January it chronicles the complexities of modern day live in relationships. In the movie, both the principle characters don’t believe in the idea of marriage and stay together before they on separate career paths.