After Varun Dhawan and Karan Johar, Saif Ali Khan has broken his silence over the much talked about nepotism debate. The actor penned an open letter to extend his views and talked in a stretch about hyped controversy it has created so far.  He said, that whatever happened at the recently held IIFA 2017 in New York was just a joke on stage and not something that he has written or believes in. Saif Ali Khan also lashed out at media and said the way they write about star kids, especially Taimur, Misha and AbRam, proves they are promoting nepotism.

Talking about the IIFA 2017 act, Saif said he realised at some point it might have offended Kangana Ranaut, so he personally called her and apologized. By extending his apology, the Rangoon actor also believed that this should be the end of this issue and everybody should take a chill pill and back off.

In a letter published by a leading daily, Saif justified his stand and explained how a joke became the talk of the town. “Nepotism Rocks was a joke on stage. It’s not something that I wrote or something I believe in. It was a joke on ourselves, between Varun Dhawan, Karan Johar and me. It was not supposed to be a big deal, but I realised at some point, that it might have offended Kangana (Ranaut). I called her and apologised personally. That should be the end of it. Everybody needs to take a chill pill and back off”. 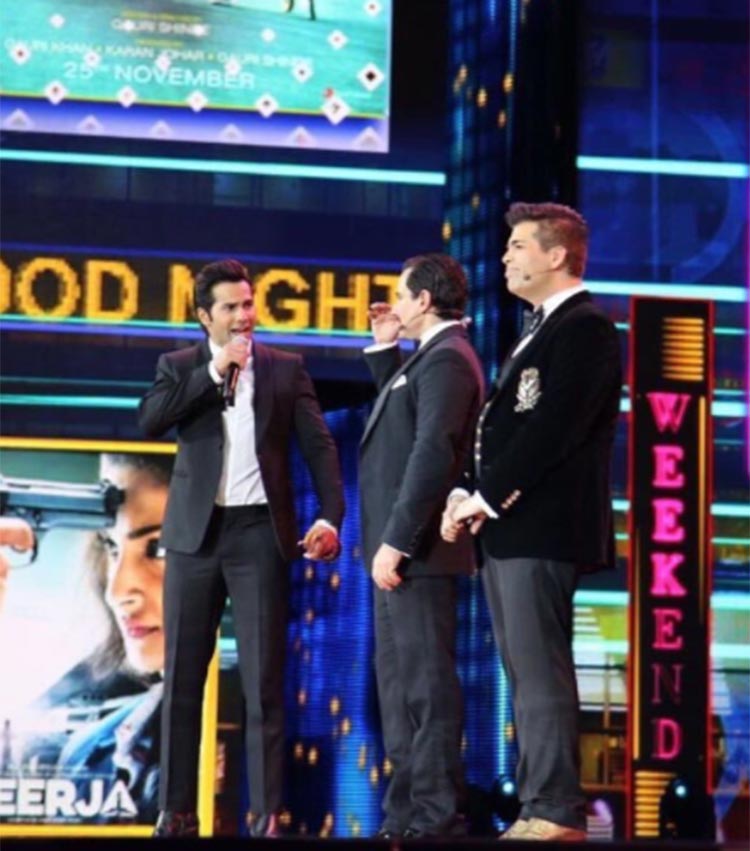 Also Read: The big nepotism debate: From Karan Johar to Ranbir Kapoor, who said what on the ongoing controversy

Further talking about the same, the son of veteran actress Sharmila Tagore said that in today’s world, apologies are made through different social media platform, which means the person is not apologizing to the concerned person but to their fans which isn’t right.

“In today’s world, apologies are made through Twitter or through some other social media platform. That is basically apologising to your fans and the world in general, instead of apologising to the person concerned, because you don’t want to lose support. These are the times we live in. We wish each other happy birthday or offer condolences on social media. This is another reason I don’t want to be on any social media platform — it feels fake. As far as the issues of saying something stupid on stage goes, I’m sure it’s not the first or the last time I’m going to say something stupid in an attempt to be funny. And I apologised to Kangana, so I don’t owe anybody else an explanation. The issue is over.”

Getting into the flagbearer of nepotism debate, Saif said it was media who the flag bearer of nepotism. “I’d say is the media. Look at how they treat Taimur, Shahid’s daughter Misha or even Shah Rukh’s son AbRam . They photograph them and hype them up to be the next big thing and the child has no choice. From a young age they have to deal with being celebrities, which they don’t really deserve before they can even speak or talk, leave alone understand what is happening,” Saif added.

For those who don’t Karan and Saif, who were hosting the IIFA night, revisited the much-talked about nepotism issue that started in Bollywood when actress Kangana Ranaut tagged Karan as a “flagbearer of nepotism” on his chat show Koffee With Karan.