Saif Ali Khan is not quite convinced with the idea of his daughter Sara Ali Khan’s Bollywood debut. More than sceptical, Saif Ali Khan fears a failed career would take a toll on his daughter. As someone who has been around for a while now and knows the tricks of the trade, Saif’s concerns seems justified. He understands how difficult it is to survive in the industry and the ugly truth of that fate change at the drop of the hat.

Speaking to a leading daily in an interview, Saif said he isn’t doubting the acting abilities of his daughter but he knows acting is not a reliable profession. Talking about the kind of education, Sara has got, Saif said, “Fear is the most driving factor in the industry. Why would she want that for herself? Look at where she studied. After having done that, why wouldn’t she want to live and work in New York, rather than do this? I am not looking down on acting, it’s just it is not the most stable profession. And everyone lives in constant fear. And there is no guarantee that despite doing your best, you will succeed. This is not the life, any parent would want for their children.” 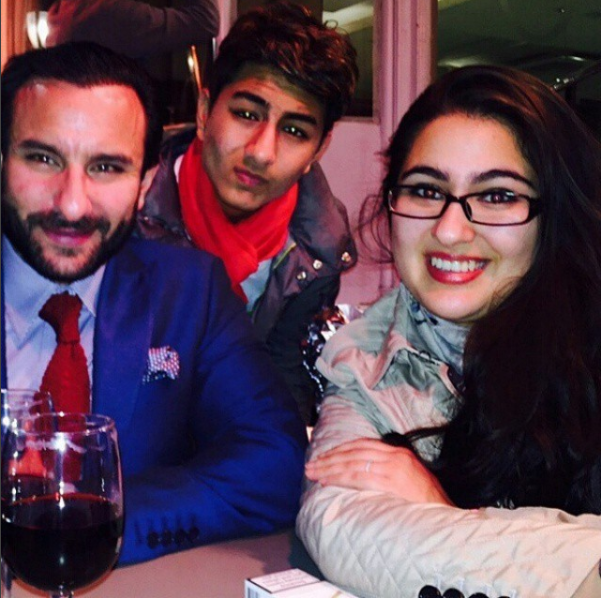 When questioned it was obvious that Sara would want to be an actor considering his family has a plethora of actors including him, his mother Sharmila Tagore, wife Kareena Kapoor Khan, ex-wife Amrita Singh and sister Soha Ali Khan, Saif said, “I remember years ago we’d gone for a stage show abroad and while I was on the stage with Salman and other actors, Sara was standing behind the stage curtain and looking at us.”

Saif Ali Khan added Sara would come to him to talk about movies. It is being said that Sara Ali Khan is debuting with director Abhishek Kapoor’s movie Kedarnath which features Sushant Singh Rajput as well.