Many years ago in an awful film called Patiala House, the film’s trailer saw a really strange ‘text insert’. For the uninitiated, a text insert is any text that appears during a trailer (for eg: ‘By the Director of Kal Ho Naa Ho); The Patiala House trailer had the following text insert – ‘This is not a true story, but this could be your story…’ For those familiar with the plethora of Hindi films coming out with a trailer saying ‘based on a true story’ in 2011, some of us chuckled at director Nikhil Advani’s dig at Bollywood. Either that, or we were giving too much credit to a marketing gimmick. Mainstream Hindi cinema’s tryst with ‘true stories’ has been infamously long, and this week’s Saand Ki Aankh is another instance where it lets the real-life subjects down in spectacular fashion.

Tushar Hiranandani’s Saand Ki Aankh, based on the real-life Chandro & Prakashi Tomar (played by Bhumi Pednekar & Taapsee Pannu), is a half-baked attempt at telling an inspiring story. Based out of Johri village, the sisters took up sharp-shooting after turning 60, winning hundreds of medals at competitions across the country without their husbands’ knowledge. Belonging to a conservative household, the Tomar sister’s achievements is nothing short of a dream-like story. Instead, the film is intent on turning this into a soap-opera. It believes in trivialising the state-sponsored vasectomy operations during the 1975 Emergency, or going overboard with the melodrama. Never during the film’s running time of 148 minutes, do the Tomar sisters ever rise above being walking/talking punchlines.

There comes a moment when the protagonist-duo (the Tomar sisters) drink the water out of a finger bowl and burp. Chandro & Prakashi Tomar are guests of honour at a dinner hosted by an apparent member of a royal family from Rajasthan. To break the awkward silence after the Tomar sisters drink the water meant to wash their hands with, the Maharani follows suit by drinking the water from her finger bowl. And soon everyone at the table does the same.

Possibly an invention of a Hindi film screenwriter’s fertile imagination, the seemingly feel-good moment comes off looking as really patronising. It might or might not be the director exercising a ‘creative license’ to lend some flavour(?) to an otherwise arid biopic, however the scene’s intent to mine humour out of the Tomar sister’s fish-out-of-water situation points at the sheer laziness of the Saand Ki Aankh makers.

Right before the two characters take part in the mishap at the dining table, they’re made to blankly stare as the hosts rattle out their introductions in English. The Tomar sisters are made to down several glasses of champagne as the typical ‘rural character’ from Hindi films, cos they obviously lack drinking etiquette. They’re made to parade around in ill-fitting, fancy sunglasses while speaking in broken English. For a film based on the incredible true story of these two women shooting their way to international glory, and of course equal rights, Saand Ki Aankh goes for the easy laughs by reducing them to caricatures. No, they don’t need to be put on a pedestal, but is laughing at their lack of sophistication really the best way forward? Also, what about the slightly more important issues to tackle?

Like many films before it, Tushar Hiranadani’s Saand Ki Aankh is yet another Hindi film that is terribly dishonest about its subject matter. It doesn’t wish to examine the mind-space of the two women, who inspired an entire generation of athletes from their village. It’s content with its broad approach, by robbing the story of the Tomar sisters’ off its individuality, and making it a generic ‘patriarchy is a suxx’ tale. It resorts to a ridiculously loud background score and cheap melodrama tricks, for a story that is already potent enough to make people feel.

It’s like how Rakeysh Omprakash Mehra tried to *justify* Milkha Singh’s 4th place finish at the 1960 Olympics, by attributing it to the partition horrors Singh had witnessed as a teenager. Does a director really need to reinterpret the life of ‘the Flying Sikh’ to make his story MORE inspirational?

Hindi films (generally) are averse to basic facts and truths, for the sake of milking every last drop of action/thrill/masala. It’s the same reason why even a largely honest-in-spirit film like Dangal (based on the lives of Mahavir Singh Phogat and his daughters Geeta & Babita) rewrites the scores of Geeta’s gold win at the 2010 Commonwealth Games. In the film she’s shown to win 6-5, thanks to a last-minute maneuver. In real life, Geeta Phogat won the final 7-0. Is truth not good enough for Hindi films?

Bollywood has a long history of making terrible decisions, while depicting a story based on real-life accounts. The films either end up whitewashing their protagonists, putting them on a pedestal, or reducing them to downright caricatures. There’s just no middle ground. That’s why a Rajkumar Hirani invents a character like Jim Sarbh’s in Sanju, who can take all the blame for Sanjay Dutt’s addiction to drugs. So that the hero remains ‘likeable’, someone the audience can root for.

It’s also why Shaad Ali chooses to gloss over Sandeep Singh’s incredible comeback from a spine injury in Soorma, by focusing on his (nearly fictitious) love story. Instead of trying to make sense of the mental strength required for someone to come back to professional sport after a near-fatal injury, he chose to tell us his fictional love story. See the problem? 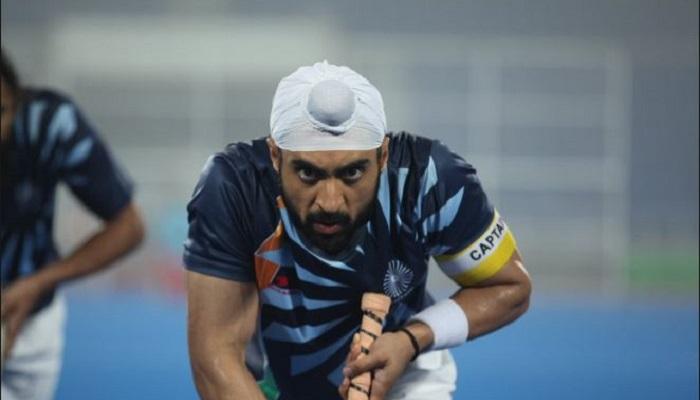 One could argue that most Hindi directors/screenwriters fail to understand the essence of most real-life stories that they are trying to adapt. The films obviously don’t have to be a documentary, but would it hurt to not sensationalise the already powerful stories? Do films always need to cater to the lowest common denominator to be successful, even at the cost of the integrity of the real-life account? The only truth of the matter is – Bollywood isn’t so motivated about telling an incredible life story, as much as it is about making a buck or two out of it.