Not that Rishi Kapoor is known to be the one who minces his words, but at the book launch of his autobiography Khullam Khulla,  he took this habit of his a step forward. Rishi, apologetically spoke about his life, hinting that his book too would be like it- unabashed and remorseless. At the event last evening, Chintu Kapoor spoke in detail about his life and explained why people got to see his ferocious side on Twitter and other things as well.

Speaking on why he got angry on the micro-blogging website, Rishi jestingly said since playing an angry young man on screen didn’t happen, he vented his frustration on Twitter. When asked if there ever will be a biopic made on Raj Kapoor, Rishi said this decision will be taken by the elders of the family.

In an excerpt from the autobiography which released a few days ago,  Rishi admitted to buying an award for his debut film Bobby. When questioned about this incident, Rishi said he was young and someone brought to his notice the prospect of buying awards to which he agreed. The actor said he regretted it but didn’t know to whom the money went.

On the new generation of actors

They are all well-informed and professional. During my grandfather’s time, everyone learned from experience. We were undisciplined, we never came on time.

On his choice of movies

I refused Kabhie Kabhie initially but Yash Chopra convinced me. I wonder what would have happened if I wouldn’t have done that film.

I have never cheated on Neetu. She found my book inspirational. 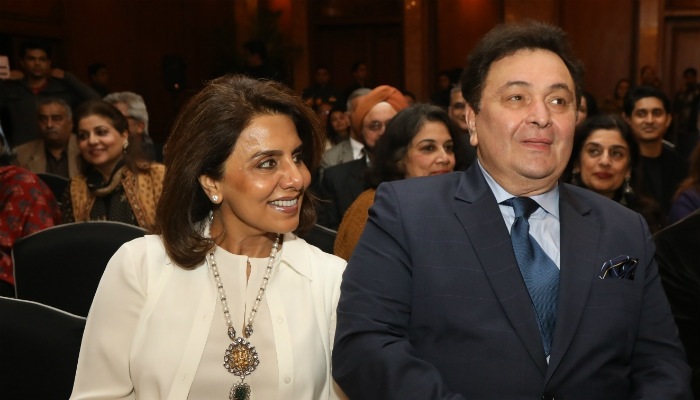 On reviving the career:

Rakesh Roshan once told me, ‘ab kya is age me career’? His words hit me and I decided to prove it to him.

Raj Kapoor was not my father but my guru. I never spoke in front of him and unfortunately, I share the same relationship with Ranbir. Mai chahta hu pyaar mohobbat ho, par ek deewar bhi ho. I am sorry but I cannot be a friend with my son.

Failing in school was also a legacy, Ranbir is the only educated guy in our family.

Also read: Not only ‘tea’ with Dawood, Rishi Kapoor’s book ‘Khullam Khulla’ is full of revelations

Amitabh Bachchan is the biggest star till date and I think we are the small steps in his ladder of success.

Bobby had just released. I was 21. My girlfriend and I met at Taj Hotel and the bill was Rs 10,000. We parted ways after that. 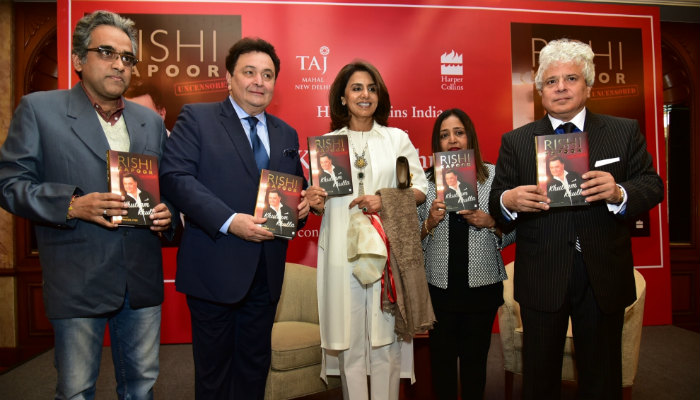 Since I couldn’t play angry young man on screen, I take to Twitter to vent out my frustration.

On comparing any movie to Awaara/Mera Naam Joker:

There is only one movie of recent times- Dangal

When I was offered Sagar, I called Kakaji to ask if I should do it (since it starred Dimple Kapadia, Rajesh’s wife). He said why not, if you won’t someone else will.