After giving peeps and glimpses to their upcoming film ‘Half Girlfriend,’ Shraddha Kapoor has finally announced that the trailer will be out ‘very very soon.’ She took to Twitter to share the news, along with a poster of the film.

The 30-year-old star’s character in the film is of an uptown Delhi girl and a key part of the film was shot in the city, with Delhi University being the main hub, where a chunk of the film was extensively shot.

On that note, she really liked the atmosphere of the Delhi University campus while shooting for her upcoming film, ‘Half Girlfriend.’

Being a Mumbai girl, Shraddha was keen on exploring Delhi University, which has grown into becoming one of the largest universities in India. She went on an exciting tour of the campus and had a rather engaging interaction with the students of the various colleges there. 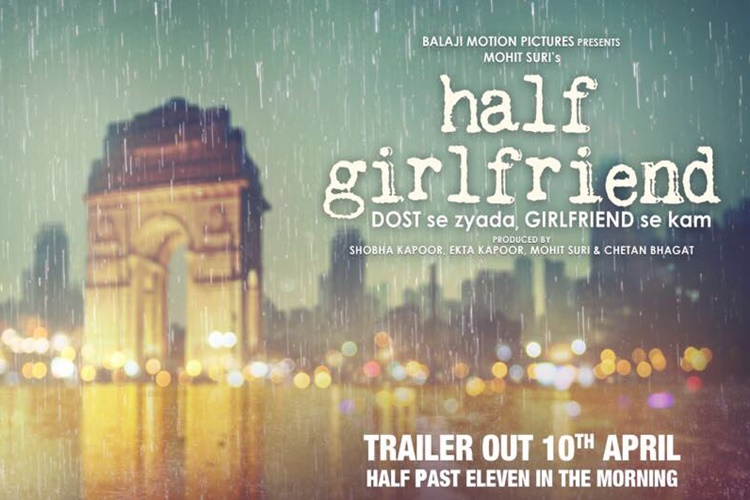 Half Girlfriend is based on Chetan Bhagat’s ‘bestselling’ novel with the same name. Produced by Ekta Kapoor and directed by Mohit Suri, the movie has the two actors, Arjun and Shraddha, playing ace basketball players.

The book has Chetan Bhagat narrating the story, so he plays a importantl part. The movie is slated to release on 19th May 2017.

For interesting entertainment videos from InUth, follow us on Youtube.com/InUthdotcom