Reema Lagoo’s death took the film industry by shock. The actress was shooting for her serial Naamkaran until yesterday. On hearing the news of Reema Lagoo’s death, the entire cast and crew of the show broke to tears. A member of the cast, Gulfam Khan, told a leading daily that Reema was shooting with them till 7 yesterday. Gulfam, who plays the role of Fatima Bano in the show, said she couldn’t believe the news.

Speaking about how unpredictable life is, Gulfam Khan added, “I am not able to come to terms with the news. She was shooting with us till 7 pm yesterday. Reemaji was in such a good mood as we all were shooting for the sangeet ceremony. She had a bad throat so was not able to talk much.”

Gulfam revealed that Reema and she worked together before Naamkaran as well. The two ladies worked in Do Hanson Ka Joda where they played each other’s samdhans. Revealing about the amicable person that Reema was, Gulfam said she was a great support to everyone. Reema once brought food for Gulfam and the latter found it touching. Gulfam revealed that almost everyone addressed her as Maa on the sets. Gulfam said she would be attending the last rites of Reema Lagoo. 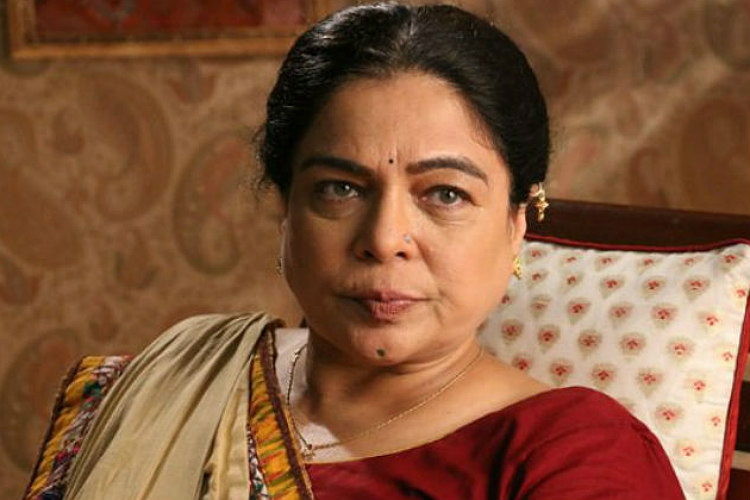 Reema Lagoo in a still from Naamkaran

Viraf Patel, who plays the role of Reema’s son in Naamkaran told the daily that it was hard to believe the news. Heaping praises on Reema, Viraf said she was hardworking and meticulous. “She was majestic at her work and we all used to blush just looking at her when she used to give her shots. It is a heartbreaking news for me,” Viraf was quoted by the daily.

Also read: Reema Lagoo was once asked to pick her favourite son between Salman Khan and Shah Rukh Khan. Here is what she replied

Another actor of the show Zain Imam took to Instagram to write this about Reema Lagoo:

Also read: From a sultry dancer to an infidel: Reema Lagoo is much more than the perfect Indian mother

Reema died today morning after suffering cardiac arrest. She was 59 years old. Her son-in-law told PTI that she complained of chest pain late last night. The family rushed to the hospital at around 1 AM. She breathed her last at around 3:15 AM due to a heart attack. Reema’s son in law added that her health was fine and her death has shocked to the family to the core. Reema Lagoo has one daughter named Mrunmayee Lagoo. Reema married Vivek Lagoo but the two separated after few years.