After enthralling audiences with his powerful performances in films like Bajirao Mastani, Goliyon Ki Raasleela Ram-Leela among others, the actor is now all set for his next. Apart from Sanjay Leela Bhansali’s magnificent period drama, Padmavati, Ranveer also has Kabir Khan’s next in his kitty which is based on India’s historic win at the 1983 cricket World Cup. The Befikre actor will be playing Kapil Dev in the untitled movie. Now in a recent development, Ranveer Singh will be meeting the World Cup team which won the trophy in 1983.

In 1983, India won its first cricket World Cup against the mighty West Indies. Kapil Dev served as the captain of the Indian cricket team then. This is the first time Ranveer will be seen teaming up with Kabir Khan and essaying the role of a cricketer. Earlier, actor Sushant Singh Rajput impressed everyone by playing Mahendra Singh Dhoni in Neeraj Pandey’s directorial M.S. Dhoni: The Untold Story. 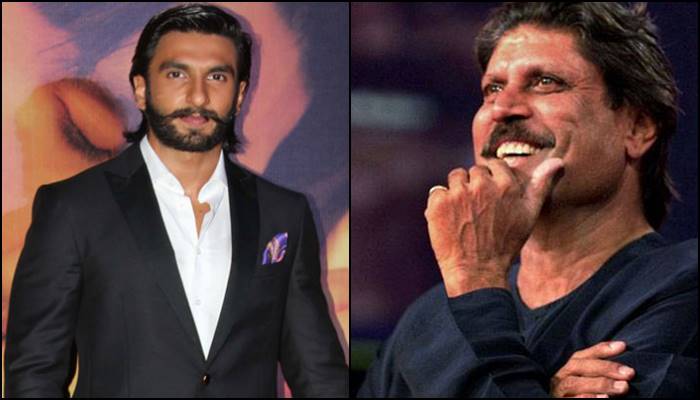 Talking about the Indian Cricket team meeting Ranveer Singh for the special event, the co-founder of the Phantom Films, said:

It’s a great feeling to start work on this incredible story of the Indian cricket team of 1983. We are feeling very blessed that we are starting this journey along with the heroes of 1983. We are thankful to all the players for taking out time from their schedules and joining us for this event.

A while ago, it was reported that Arjun Kapoor might be considered to play Kapil Dev in the film, however, the director confirmed that Ranveer Singh was his first choice for the film. Talking about the same to a leading daily, Kabir was quoted as saying:

As a young schoolboy when I watched India win the 1983 Cricket World Cup. I had no idea that from that day onwards cricket in India will change forever. As a filmmaker, for me, the journey to that win, filled with raw energy and sheer passion of that young Indian team, is probably one of the most exciting stories I have worked on,” he said, adding, “And it’s great to have Ranveer come on board to play Kapil Dev, as honestly I could see no one else for the role, ever since I started finalising the script.

So, are you excited to see Ranveer Singh in his never seen before avatar?