Rani Mukerji and Aishwarya Rai Bachchan – two of the most successful actresses of Bollywood, came face to face yesterday at a party. The party was held at ace designer Manish Malhotra’s residence to celebrate Sridevi Kapoor’s birthday and had actresses like Vidya Balan, Shabana Azmi, Tina Ambani and Rekha in attendance. The picture from the iconic evening was shared by Manisha and Karan thanked him for hosting a lovely get together.

The picture shared on social media by Manish Malhotra has gone viral with viewers saying that ‘there was so much beauty in the picture’. Out of all the divas present there, it was the reunion of Aishwarya and Rani which caught attention. The two divas have had an illustrious career in Bollywood but, according to gossip mongers, also have been at loggerheads for the longest time.

Aishwarya’s ouster from Chalte Chalte and Rani’s coming on board on the project was said to have sparked the mutual enmity. Back then the grapevine was abuzz that the change of the lead actress drew a wedge between the two stars. The problem further escalated when Rani, who was rumoured to have dated Abhishek Bachchan, was not invited to Abhishek and Aishwarya Rai’s wedding. In an interview Rani had said:

The truth is that if a person chooses not to invite you to their wedding, you realise where you stand with the person. You may be deluded and think you are friends but maybe the friendship was only restricted to being co-stars on the sets.

Rani and Abhishek had worked in many movies including Yuva and Kabhi Alvida Naa Kehna. She further added:

It doesn’t matter. It became very clear and evident that we were only co-actors and not friends. Moreover inviting someone to a wedding is a personal choice. Tomorrow when I decide to get married, I will choose the handful of people I want to invite. A lot has been blown out of proportion. Poor guy has been married for many years, we should all move on. I will always have fond memories of working with him.

Also read: Karan Johar just got honest with these 5 statements on making his ‘Lagaan’, being a ‘dancing’ filmmaker and more

Back then when Rani was asked why she and Abhishek were not seen acknowleding each other’s presence at social events, the actress had shrugged and lazily suggested that it was so because of improper lighting. Rani has never either acknowledged or dismissed rumours about the coldness between these two, which had always made it to tabloids. 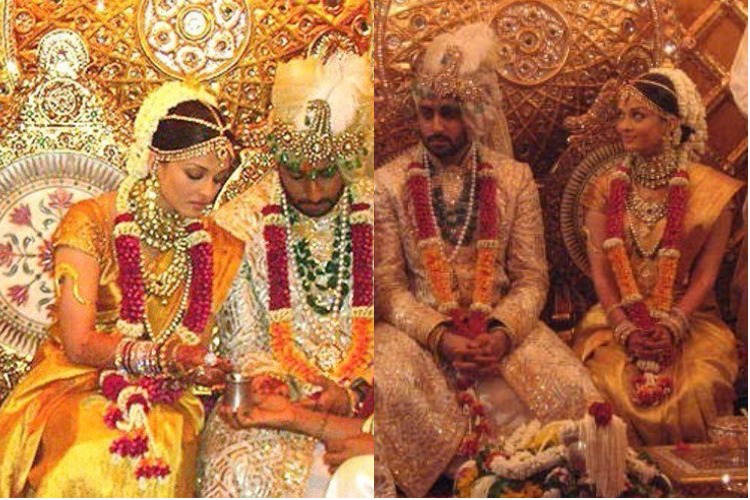 Aishwarya Rai and Abhishek Bachchan during their marriage ceremony

This scene of Rani and Aishwarya meeting each other is definitely welcoming. We wonder what the two actresses would have talked about?