Shahid Kapor is gearing up for the release of his upcoming film Rangoon, which also features Kangana Ranaut and Saif Ali Khan in the lead. The film, directed by Vishal Bharadwaj, is set in the backdrop of World War II. Shahid says that Rangoon is quite special for him because of many reasons—one being, it’s his first film releasing after the birth of his daughter Misha Kapoor.

In an interview to The Indian Express, Shahid talked about his life, films, Kangana and also of being a ‘mascot of arranged marriage’. Take a look at his statements:

On his equation with Saif Ali Khan and Kangana Ranaut:

I thought it would be weird with Saif, but he is a great actor. After the first shot, when we all sat down together for lunch, it all seemed so normal. So, I was happy. With Kangana, we’ve had a strictly professional relationship.

On his intimate scenes with Kangana in Rangoon:

I hope and wish to God that nobody ever has to make love in swamps. This scene was particularly difficult. It must be looking very sensual, but fifteen sixteen kilos of mud was dumped on us and after every shot we had to take a shower. I fell sick while shooting, too.

On what kind of work excites him now

My reason to do movies have changed over the years. Right now, I am looking at content. I think originality lies in feeding uncharted territories. If something feels too safe, or secure, or comfortable, it probably is not the right thing to do for me. 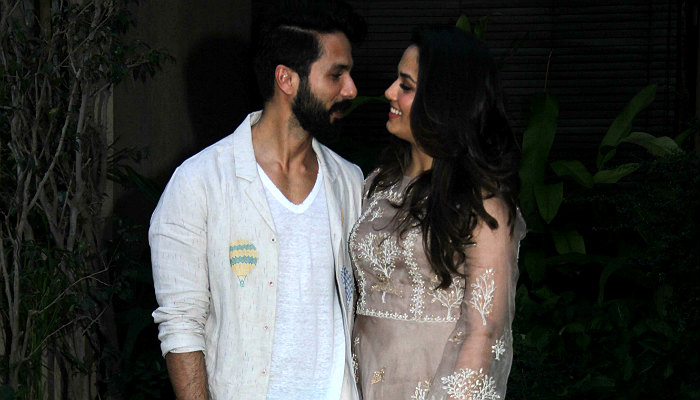 On being a mascot for ‘arranged marriage’

Yeah, I don’t take that seriously. I don’t think you can become a mascot for your choice of a life partner or marriage. I believe in the institution of marriage. Whatever works… Some can find love and then marry them, as long as it works. Marriage is a strong institution, it demands a lot from you, and needs commitment. I won’t propagate one over the other. It is marriage, work around it, learn to be happy, that’s all I would like to say.