Neeraj Vora, Bollywood’s favourite verbose ‘hero ka dost’, passed away on Thursday morning, December 14. The actor/director/writer was comatose for months before succumbing to his illness. Known for his impeccable comic timing, both on and off screen, Vora will be remembered for the smiles he often brought to our faces.

Undoubtedly, the void created by Neeraj Vora’s loss cannot be filled by anyone. As we mourn his loss, here is looking back at movies which he gave us that’ll be always etched in our memories. 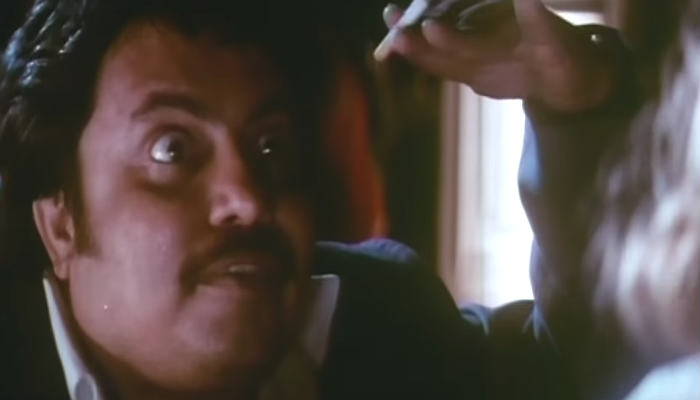 Artists from Gujarati community had a deep impact on a young Neeraj Vora. Affinity to them, developed a penchant for the craft in him. In 1995, Ram Gopal Varma gave Vora his big Bollywood break in Rangeela where he got the chance to co-write dialogues with the director. He pitched in for the role of a drunk film producer after the actor who had been roped in, never showed up. 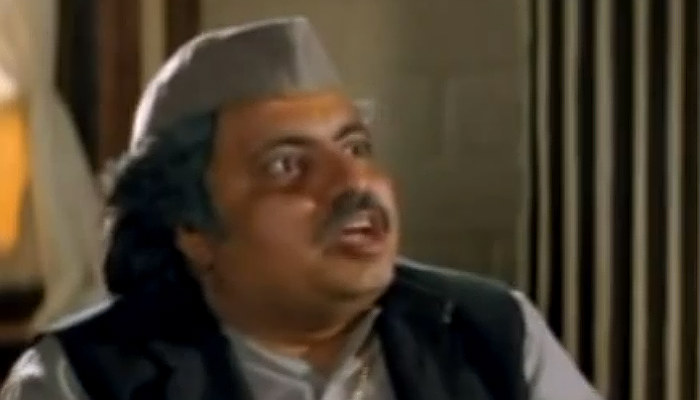 The same year as Rangeela, Vora appeared in another film about a broken marriage between Aamir Khan and Manisha Koirala. He played the grocery shop owner Moolchand, who would give Rohit items on credit but only after soundly berating him. But during the custody battle of their only child, Moolchand was called on the witness stand to talk about Aamir. Surprising everyone, Moolchand had nothing but good words for the protagonist. A role, that seared Vora in the memory of every 90s film addict. 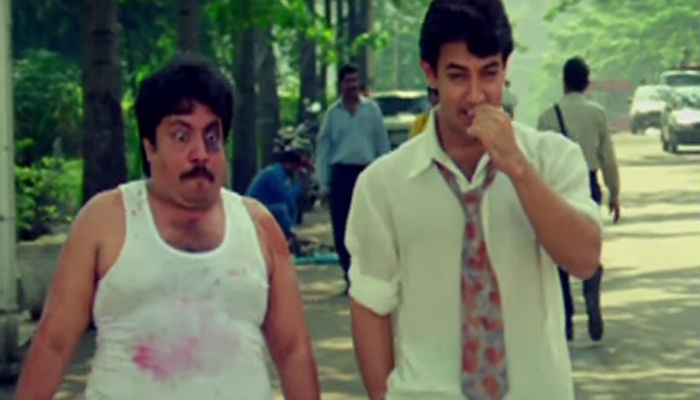 We saw Vora in yet another Aamir Khan film, Mann. Neeraj Vora played the role of Nattu, a character as funny as his name. HiHis primary task was staying by Dev’s (Aamir Khan) side, and he did a great job of providing comic relief in an otherwise dreary love story. 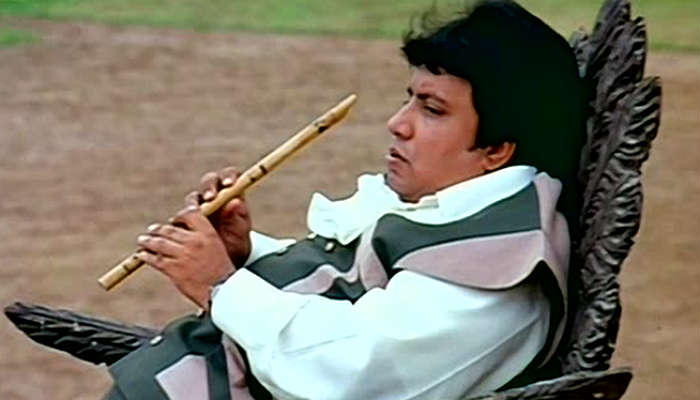 Vora’s portrayal of dim-witted Chacko in Daud is a definitely crowd favourite. Without Neeraj Vora (who also wrote the film), the hilarious ‘sher ke peeche pitaji, pitaji ke aage sher’ scene would have no charm.

#NeerajVora One of the most underrated comic sequence ever! pic.twitter.com/WV4XaXUxIq 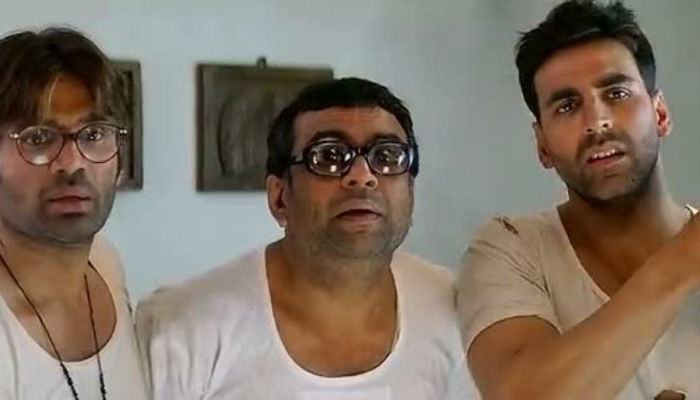 A still from Hera Pheri

It is impossible to be a film buff and not love Hera Pheri.  Babu Bhaiya (Paresh Rawal), Ghanshyam (Suniel Shetty) and Raju (Akshay Kumar) can brighten even the gloomiest of days. HP was a remake of Malayalam film Ramji Rav Speaking, but established its own cult, for which Neeraj Vora deserves a lot of credit. As the writer of the film, Vora introduced his own impeccable sense of humour in the movie.

Also read: Others ‘kanth’, what Rajini can: Turn larger-than-life cinema into an art-form

One of the main reasons behind my foray into comedy, saddened to hear about the demise of #NeerajVora a multi-talented man, writer, director, actor…a mini industry by himself, learnt so much from him. RIP

Shocked & saddened to hear of the demise of #Neerajvora ji! Had cast me for Golmaal 1 & directed me in the unreleased Run Bhola Run! RIP sir

We started out as Actors & Singers in Mithibai College.
In my 1st film PEHLA NASHA #NeerajVora debuted as Writer & Music Director. Next we co-wrote BAAZI.
He was the FUNNIEST & WITTIEST guy I knew.
Today, I’ve lost a BEST FRIEND & BROTHER! But he will always LIVE in my heart! pic.twitter.com/3zjz66JaD0

#neerajvora one of India’s finest humorist screenwriter is no more. he was a friend, relative and also the writer of my first KHDBB- R.I.P.

May his soul rest in peace!