Ranbir Kapoor at the song launch of Galti Se Mistake from his upcoming movie Jagga Jasoos claimed that he coined the name  Jab Harry Mey Sejal, the title of the upcoming movie starring Anushka Sharma and Shah Rukh Khan. This Imtiaz Ali directorial was in news since it went on floors. A lot of hoopla was created around the name of the movie with titles like Raula and Rehnuma, doing the rounds of the media. But yesterday all of the speculations were put to rest when the makers revealed on social media that the name of the movie is Jab Harry Mey Sejal.

After the announcement of the movie, Twitter seemed divided. Many were of the opinion that the title was blah while few went to an extent to say this was the worst movie title of all times. Now, Ranbir Kapoor has revealed that he was the one who suggested this title. Speaking at the event, Ranbir Kapoor said, “I suggested the title Jab Harry Met Sejal to Shah Rukh Sir and Imtiaz Ali. But the sad part is that I had no idea about the reward, so Shah Rukh Sir, I am coming to Mannat (SRK’s residence), keep the Rs 5000 ready in cash!”

What Ranbir Kapoor might be referring was the contest the makers had run a few months ago to finalise the title of the movie. The makers had said the winner of this contest will get Rs 5,000 as a reward. 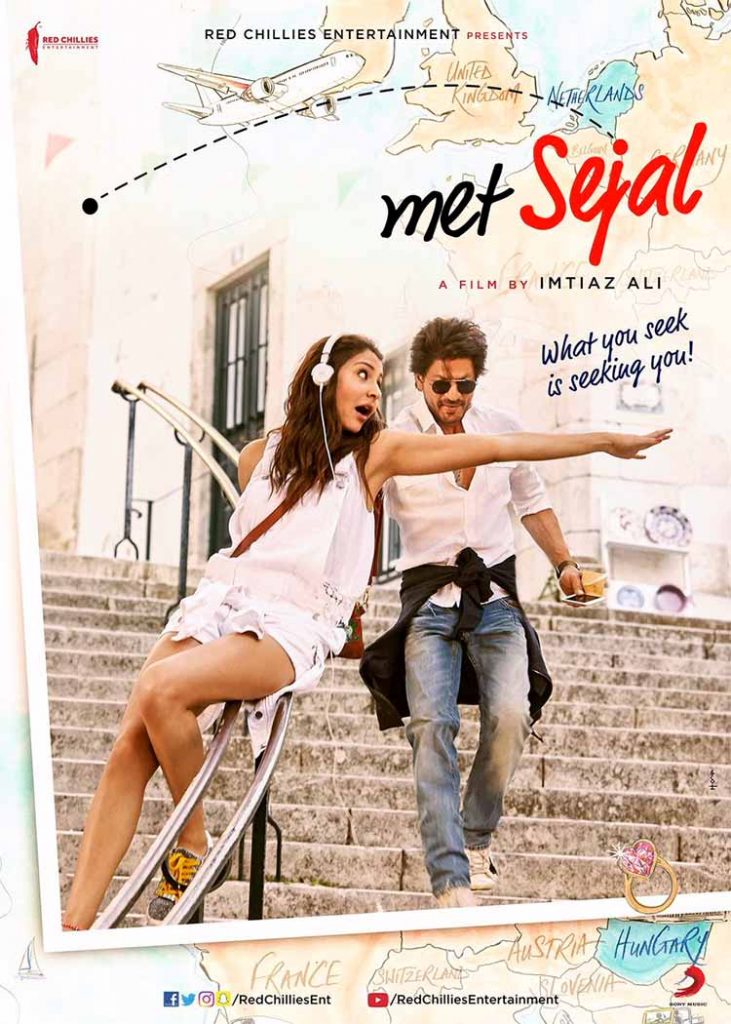 Also read: Ranbir Kapoor has mastered the art of making exes comfortable around him. Here’s proof

Telling more about the incident, Ranbir said, “To be honest I was shooting at Mehboob Studio, where Shah Rukh Sir, Imtiaz Ali and Anushka were also shooting. We all were sitting in a van together and discussing various options for the title of the film, and I suggested this title (Jab Harry Met Sejal), everybody laughed at me for the ‘bakwas’ title I had suggested. Today they have used my title, and I am very happy that I could be a small part of this film. It is by far the most exciting actor-director duo, Shah Rukh Sir and Imtiaz Ali is my favourite duo as a fan and as an audience. Pritam is in this film, Anushka is in this film, and I am happy even I am a part of this film.”

Also read: Jab Harry met Sejal: This title is proof that we have indulged Imtiaz Ali’s mediocrity for way too long

However. it seems Shah Rukh Khan is not fine with Ranbir Kapoor winning the reward. Much before Ranbir made this statement about suggesting the title, Shah Rukh Khan took to Twitter to write:

Well, we are really confused and want to know who suggested this title.