Ranbir Kapoor and Katrina Kaif, former lovers and now co-stars, will be sharing screen space in Jagga Jasoos. During the filming of the Anurag Basu directorial, there were reports that Katrina and Ranbir were not comfortable around each other, a baseless rumour of course, which later turned out to be false. The comfort level between the two actors was for everyone to see at the launch of Galti Se Mistake proves just that.

A look at Ranbir’s statements and it won’t be wrong to say that the Kapoor scion knows the art of making his exes feel comfortable. In real life, post a break-up compliments from an ex-lover would make one furious, but Ranbir is not the regular former lover. And this is not just the case with Katrina. Ranbir happens to have this charm around every girl he dated. When Ranbir Kapoor came together with Deepika Padukone for the Imtiaz Ali directorial Tamasha in 2015, their chemistry during the trailer launch was unmissable. Deepika found it really difficult to keep her hands off Ranbir and it seemed, ‘He is mine’ was written all over her face.

During the promotions of Tamasha, Ranbir had said, “Deepika’s growth has been immense as an actor. It feels great whenever I work with her and I feel the most creatively satisfied working with her. I look up to her as an actor, and she scares me as an actor.”

The way Ranbir Kapoor’s exes- Katrina Kaif and Deepika Padukone, behave around him proves it is difficult to let go of this actor even after break up. In real life, the dynamics are quite different. Leave real life, the situation is the same with Bollywood stars. Take for example the break up of Shahid Kapoor and Kareena Kapoor Khan. Post their break up, they were never seen this comfortable around each other. When they finally signed up for a film after 2008 release Jab We Met in Udta Punjab, neither did they share frame nor were seen this cosy around each other during promotions.

However, Ranbir takes a different route post break up. The actor stays in touch, heaps praises on his exes and sometimes even poses with the current boyfriend of his ex (his picture with Ranveer Singh that went viral is an example). 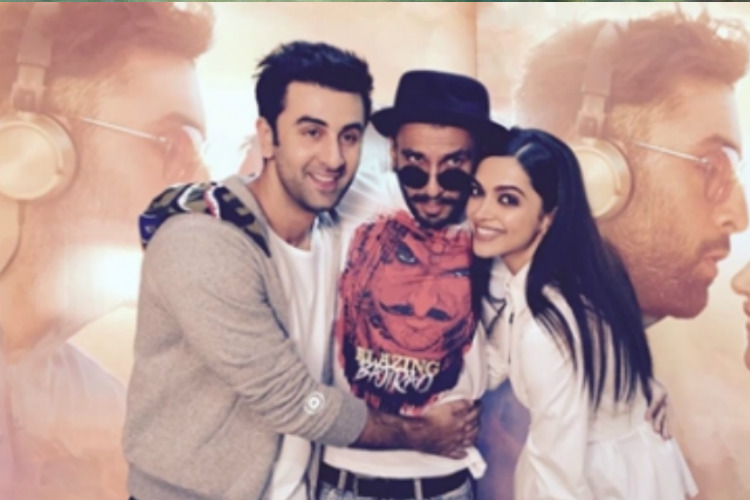 Ranbir doesn’t even shy away from addressing awkward questions about the current relationships of his exes. He also famously said on Koffee With Karan, “” I hope they (Deepika and Ranveer) can see this through and really make some awesome babies together. And I hope that their babies like me and I’m their favourite actor.” All these factors do seem alien in real life but Ranbir Kapoor might be actually living the dream which most guys want to.

So, this is what happens with exes in real life:

But when your ex is Ranbir Kapoor (you just can’t let go!)

Is this phenomenon because of his charming looks?

Also read:  After being slut-shamed, Deepika Padukone posts another photo of her from Maxim photoshoot. Is it her way of giving back to the moral police?

The answer is unknown but escaping the Ranbir charm is impossible.