Ranbir Kapoor was present at the trailer launch event of Sanjay Dutt-starrer Bhoomi. The film, which also features Aditi Rao Hydari, Shekhar Suman and Sharad Kelkar in pivotal roles, is releasing on September 22. Ranbir, who is working on the Dutt biopic with Rajkumar Hirani and Vidhu Vinod Chopra, was asked about the failure of his last release, Jagga Jasoos at the event.

While Ranbir maintained that the experience of working in such a film matters to him more than its success or failure, he also said something about his dad Rishi Kapoor. For the uninitiated, senior Kapoor had slammed director Anurag Basu and Pritam Chakraborty for delaying Jagga Jasoos. He also took to Twitter to shame the makers for allegedly not doing justice to Govinda through the film. However, when Ranbir was asked whether such comments from his father were fair, he said he didn’t agree with them.

Ranbir said: “My father is a very emotional man. Whatever he said was to protect me in some way. I don’t necessarily agree with what he said.” Elaborating on the failure of Jagga Jasoos, the actor said:

“Jagga Jasoos is something that we worked for three and a half years. We all were aware of what we were doing. Sometimes you succeed sometimes you fail. But I don’t look at it as a failure, I look at it as a learning. It gave me a lot. The experience of working with Anurag Basu and everyone was very good. I can’t answer for somebody else but I don’t necessarily agree with everything.”

Also read: Sanjay Dutt is more eager than us to see himself as Munna Bhai: Rajkumar Hirani has a happy news to share 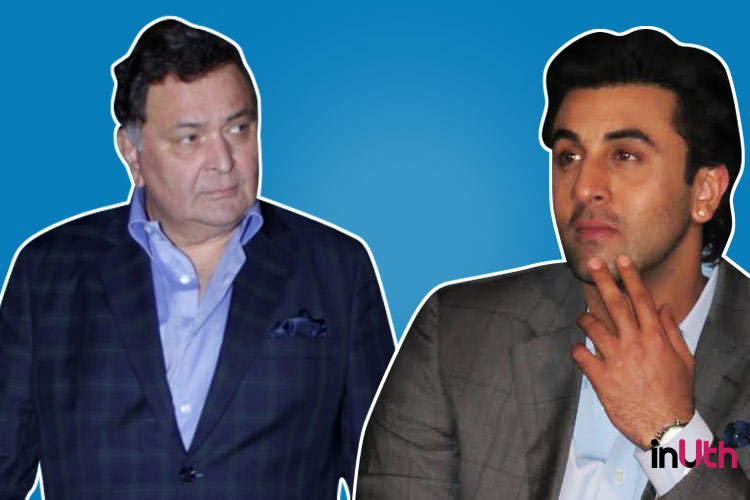 Earlier, Rishi Kapoor had said this:

“Sometimes, Ranbir’s films do well, sometimes, they don’t. But here, Ranbir is the producer too, and his neck is in the noose. Who the hell are you [Basu] to do all this? It is ridiculous that a producer hadn’t seen his product a day ahead of the film’s release. You may be the biggest director in the world but nobody would like to work with you because you are irresponsible. There is somebody else’s money involved in this. I trusted you, and this is what you give us? Ranbir hasn’t held back on spending money on it. You even threw Govinda out of the film. If you don’t want Govinda to work in your film, why did you ask him in the first place? Iss sab mein Ranbir ka naam toh kharaab hoga, aur kya? Mera kharaab hoga! (With these developments, it’s Ranbir and my name that’s gathered negative limelight).”