The third installment of filmmaker Ram Gopal Varma’s Sarkar franchise has landed itself in legal trouble after Narendra Hirawat & Co filed a case against the makers of Sarkar 3. The makers have denied the claims. The holder of copyrights of over 1300 movies, Narendra Hirawat & Co acquired the copyrights of Sarkar franchise after the release of the second part and is in possession of prequel, sequel, remake and all other irreversible world negative rights in perpetuity.

“We are extremely disappointed with this move from the producers of Sarkar 3. As a cautionary step, we even issued a notice to the makers in October 2016, but they have still failed to obtain permission from us for the release of the movie,” Shreyans Hirawat, Executive Head of Narendra Hirawat & Co., said in a statement.

“We bought all the legal rights of Sarkar franchise years ago and are left with no other option than to approach the high court. Looking at the current situation, we are hopeful that the court will grant the injunction and subsequently stop the release of Sarkar 3,” added Hirawat.

Also read: Watch: Amitabh Bachchan’s voice in Ganpati Aarti for Sarkar 3 will give you goosebumps

Sarkar 3 is the third part of the Sarkar franchise and is scheduled to release on May 12. The first installment of the franchise was titled Sarkar, which released on July 1, 2005. It was followed by the release of Sarkar Raj on June 6, 2008.

A statement from the spokesperson of the production house Alumbra Entertainment & Media Pvt Ltd read: “The press release issued by Narendra Hirawat & Co is not only distasteful, represents false facts but also against the law. The matter is currently sub-judice before the Bombay High Court. The press release falsely states that Narendra Hirawat & Co owns the prequel and sequel rights to movie Sarkar‘ along with remake rights.” 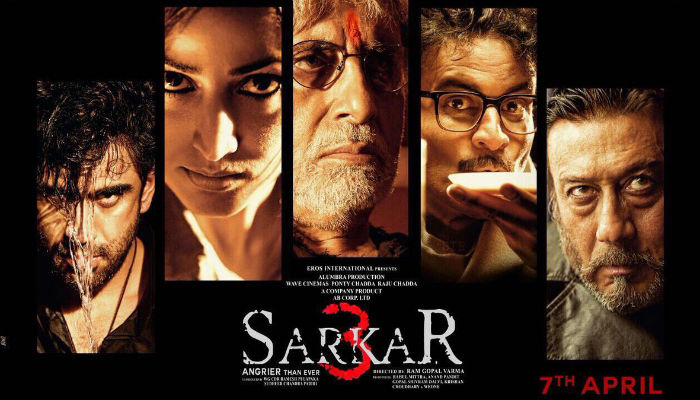 Also read: Here’s why Amitabh Bachchan had to reshoot for Sarkar 3

“Narendra Hirawat’s own case before the Bombay High Court is that they are the assignees of only the remake rights of Sarkar and nothing else. The spokesperson further said that Narendra Hirawat & Co are wrongly contending before the court that the present movie Sarkar 3 is a remake of the original movie Sarkar. However, this position is absolutely wrong. As is widely known, the story in all three movies has been progressing and thus, the movie Sarkar 3 is a sequel to the film Sarkar Raj and not a remake of Sarkar.”

A similar order was passed by the Bombay High Court by Justice G.S. Patel stating that the right claimed is only that of a remake and the current film Sarkar 3 is a sequel and therefore, “no ad-interim relief can be granted. Since the matter is now sub-judice, no further comments can be made in this regard,” said the spokesperson of the production house.