Bollywood’s controversy queen Rakhi Sawant is in news once and this time it is regarding her leaked MMS video. Yes, you heard that right! A video recently went viral on the internet, and it is rumoured to be of Rakhi Sawant. In the video, a girl who looks similar to Rakhi is changing clothes.

Rakhi, who came in limelight for lending support to Ram Gopal Varma for his offensive tweet on actress Sunny Leone, is shocked to see the video. In an interview with Pinkvilla, when Rakhi was asked about the leaked video, the actress said that she is really upset and that she has never experienced anything like this in her 11 years of career in the industry.

She further added: I don’t know who it is, looks like me, maybe she is my duplicate. But it is not me. I am obviously worried about it, but I am a strong woman. I have always risen from my trouble and I am sure I will this time too.

Recently, a similar case of singer and popular TV host Suchitra also grabbed limelight when private pictures and videos of some popular South industry celebs were leaked on social media from Suchitra’s Twitter handle. And later in an interview, Suchi claimed that her account was hacked and it was not her fault.

Rakhi, who was last seen on the big screen in Ek Kahani Julie Ki. will next be seen in a film titled Before Christmas. The actress will portray the role of a bisexual drug addict in it. Well, with incidents of cyber crime increasing day by day, we can only ask the govt to take strict action against the culprits. 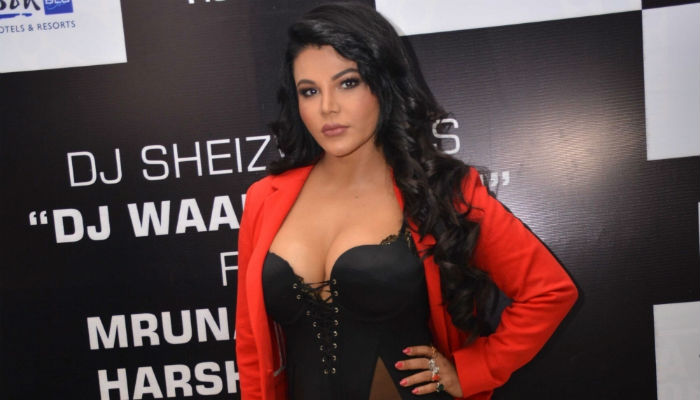