The new poster of Trapped, a film starring Rajkummar Rao in the lead has been released and it looks intriguing. The poster shows a long staircase and a man sitting one on of the stairs. Our guess is the man in the poster is the lead man- Rajkummar Rao himself. Directed by Vikramaditya Motwane, the film was screened at the 18th Jio MAMI film festival and received a standing ovation.

Trapped, is an interesting tale of a man who is trapped in a house without food and water for about 25 days. The film was shot in less than a month in Mumbai, last year.

When the film premiered at MAMI, Vikramaditya Motwane had said, I am ecstatic, and absolutely petrified, to be premiering my film at MAMI. It’s a film based in Mumbai and it’s apt that its world premiere here, in the presence of my hometown audience and at a festival I absolutely adore. 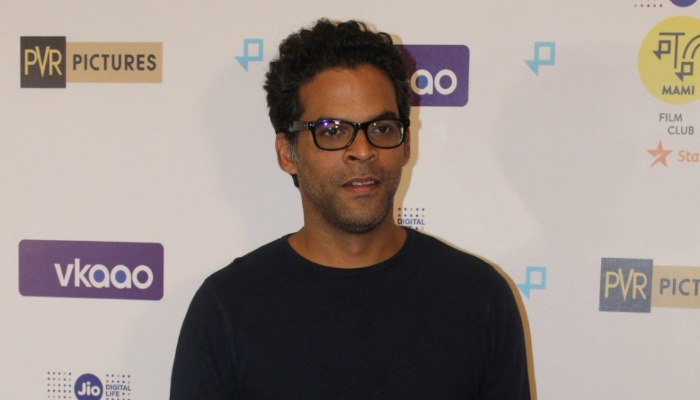 Rajkummar Rao expressed similar views when he said, I am thrilled about the fact that we are having our world premiere at MAMI. I have an old association with the festival. We have made this film with so much of love and passion. As an actor, I always wanted to do something like this and now that I’ve got a chance to do it with Motwane sir, it’s as they say Sone pe Suhaga.

#Trapped directed by Vikramaditya Motwane. Releasing on 17th March. Get ready to be Trapped pic.twitter.com/VjKFvA18hW

With the kind of response the film has got at MAMI, it has definitely heightened the expectations of cine buffs. The film will release on 17 March.