The trailer of Raid is out and not only does it look thrilling, it will also make you a teeny bit nostalgic. Ajay Devgn is seen playing a tough Deputy Commissioner of Income Tax and his role is reminiscent of  Gangaajal‘s Amit Kumar. Directed by Raj Kumar Gupta, Raid is inspired by true events where Ajay Devgn plays a tough IT officer, Amay Patnaik determined to take on the corrupt system. The movie is set for release on March 16th.

It is refreshing to see Ajay Devgn back in his elements, playing a no-nonsense government official who’s incorruptible and refuses to bow down to the dishonest practices of the system. The film also stars Ileana D’Cruz and veteran actor, Saurabh Shukla in pivotal roles.

Set in Lucknow of 1981, the trailer of the movie looks intriguing. Driven by his values and duty, Amay Patnaik decides to conduct a raid on Lucknow’s most powerful and corrupt man, Rameshwar Singh (Saurabh Shukla), who is known for his clout. And, as a matter of fact, Amay is discouraged and warned by his seniors but he’s determined to take up the challenge and answer the call of duty. 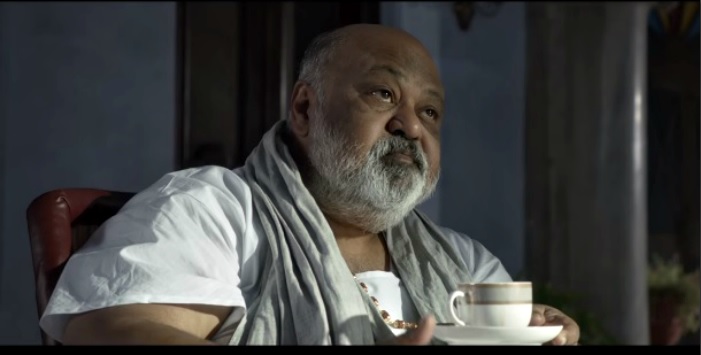 Saurabh Shukla in a still from the movie

In what unfolds over the next two-and-a-half minutes of the zippy trailer is a build-up to one of the longest raids in the history of India. The movie has strong resemblance with Neeraj Pandey’s Baby, in the way Amay forms a team to systematically take on Rameshwar Singh, and Special 26, when he explains the rules of conducting a raid to his team.

Like Gangaajal‘s Amit Kumar, Amay is intimidating, fearless, unflinching, calm and meticulous. We get to know that he has been transferred 49 times in seven years of his career.

With Raid, Ajay Devgn and Raj Kumar Gupta are coming together for the first time and trailer has certainly raised hopes for the movie. Raj Kumar Gupta has earlier directed critically -acclaimed movies like No One Killed Jessica and Aamir.