Taare Zameen Par fame Darsheel Safary has stayed away from the silver screen for quite sometimes now. However, he is back with another film titled Quickie. Interestingly, the first look of Quickie aka the poster of the film is garnering headlines for an amusing reason.

Turns out that Darsheel looks one handsome hunk in the photo. The teaser line of the film intrigued our attention as it read, “no buffering, no suffering.” Interestingly, the story is stated to be based on real life events. The actor will be back on screen after 10 years as his last film released in 2007. However, the photo that is doing the rounds will definitely surprise you! Darsheel’s transformation has been worth note taking. He is turning into one handsome hunk! 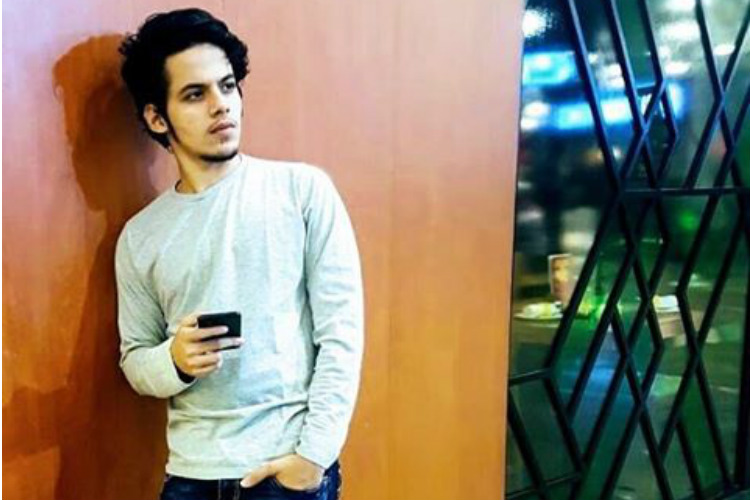 Directed by Pradip Atluri, it seems that the film will explore the concept of love in modern times.  We see a lot of technical jargons like yolo, Netflix, bromance, chill to name a few – written on the poster that gives us a faint idea of how the love story has to do with the youth and the internet. In modern times, Darsheel’s story is definitely going to click with the youngsters. Trade Analyst Taran Adarsh recently tweeted the first look of the film.

Darsheel made a heart-warming debut in Aamir Khan’s film Taare Zameen Par in which he portrayed the role of a dyslexic kid, Ishaan. The kid soon shot to fame with his power packed performance in the film. The movie released in 2007 and 1o years later Darsheel Safary has returned to make the women go weak in knees with his smoking hot looks.

Last seen in the Mango Frooty ad, Darsheel has transformed into one handsome hunk. The poster has already gone viral on social media. Rest assured, his fan following is definitely going to increase with the coming time.  Here are some of his pictures and videos in the recent time. Take a look below:

It will be interesting to see Darsheel Safary back on screen after a really long time. The story line is intriguing and fresh and we wish Darsheel all the best for his upcoming film!